Argentina were on the verge of missing out on the Fifa World Cup for the first time since 1970 after a dismal qualifying campaign. In stepped Leo Messi, arguably the best footballer to have ever graced the field, scoring a stunning hat-trick against Ecuador to save their blushes and send them through.

The qualifying campaign saw the Albiceleste sack two managers and finally hire the much reputed Jorge Sampaoli, who is known for his high-intensity and high-pressing attacking play. With the Argentine coach, the team does look more solid both going forward and at the back.

His experience with the Chile national side, guiding them to two Copa America titles will be the key with this Argentinian team, who have been on the receiving end, losing three finals back to back.

Argentina have been drawn alongside Iceland, Nigeria, and Croatia in group D. They open their World Cup campaign on 16th June against an Iceland side that broke all the odds to make it to the quarterfinals of the European Cup in 2016.

This will surely be Messi’s last World Cup, considering the fact he already retired and returned to the national team once.

An international trophy is the only missing piece in an otherwise trophy-laden career for the Barcelona legend. This will be a do-or-die World Cup for Lionel Messi and Argentina must go ahead and give it their all.

Here we take a look at the strongest possible line-up that can be fielded by Sampaoli in order for Argentina to win the World Cup.

Romero has been ruled out due to an injury and this could be Caballero’s chance to shine on the biggest stage.

The Sevilla full-back had a decent Champions League campaign and should be the first-choice right-back given the shortage in defence.

A Premier League champion and a part of the PFA team of the season, Otamendi should see his name in the starting line-up, without a doubt.

His presence was a huge influence on the Manchester City side who were without the injured Kompany, and his presence will be needed for Argentina here. He also poses a major goal threat, as he scored 4 goals in the league.

Another guaranteed starter who had an impressive campaign with Roma, both domestically as well as in the Champions League. With Ramiro Funes Mori out injured, Fazio should be partnered alongside Otamendi.

The Manchester United full-back’s campaign was blighted by injuries but a return in time should see him start at left-back. When fully fit, Rojo is a defender with a lot of potential and an able performance will be required of him this summer.

Sampaoli will need an experienced and aggressive man in this position in order for this high-intensity press to function smoothly and there’s no better option than Mascherano.

The veteran midfielder brings a lot of experience and dominance with him. He was also one of their best performers in the previous World Cup.

The 22-year-old central midfielder made a name for himself this year by winning the French Ligue 1 title with Paris Saint Germain. Young, powerful and pacey, Lo Celso brings another dimension to this Argentina squad. 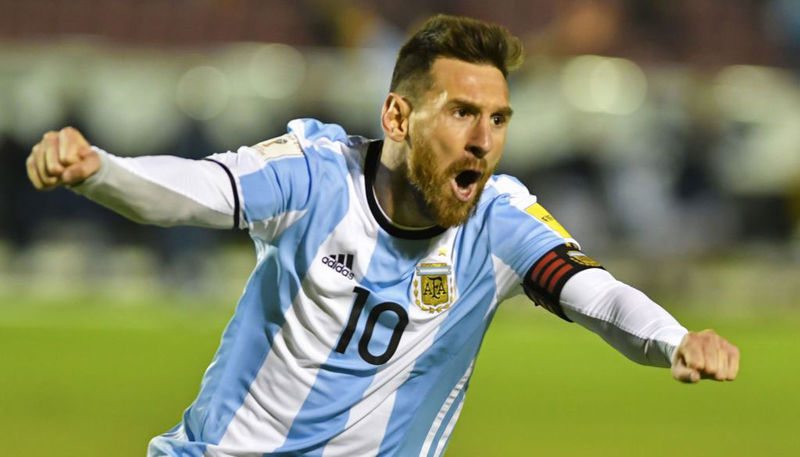 Even a kid would be able to guess this one right. Leo Messi single-handedly carryied Argentina into the World Cup.

There is nobody who can take the place of the best player on the planet. If Argentina are to hope for any kind of success this time, they will need a fully fit Messi to start every single game.

The attacker had another great campaign with Juventus, who just keep winning titles for fun. He has not yet made a name for himself on the international stages and will be eager to do so.

He brings a lot of creativity to this Argentina team and has a left foot which can cause a lot of trouble for the opposition defenders.

At one point in his career, there weren’t a lot of players out there who could do what Di Maria was capable of. Pace, power, precision, trickery; he’s got it all and will be another such player looking to add an international trophy to his glittering career.

He also brings with him a lot of experience, having played and won numerous trophies with some of Europe’s biggest teams like Real Madrid and Paris Saint-Germain.

When fully fit and firing, Kun Aguero is one of the best strikers out there. He holds the best goals to time ratio in the Premier League and not many can match his goal tally.

Also a Premier League winner, Aguero was City’s top scorer this season with 30 goals in all competitions.

If required, Sampaoli can call upon the likes of Gonzalo Higuain and Diego Perotti, who all had fantastic domestic campaigns with their respective clubs.