This year’s Community Shield will see Manchester City lock horns with Chelsea at the Wembley on Sunday.

Pep Guardiola comes up against Maurizio Sarri, who is leading his new Chelsea team into a competitive fixture for the first time.

Both Manchester City and Chelsea are without those players who participated at the World Cup.

Mahrez, 27, sustained an ankle injury last weekend but he is now fully fit to face Chelsea. Meanwhile, Kevin De Bruyne and Raheem Sterling are the only players yet to join the squad after the World Cup.

Ederson was one of the top goalkeepers in the Premier League last season, thoroughly impressing with his cat-like reflexes, shot-stopping abilities and incredible distribution skills. 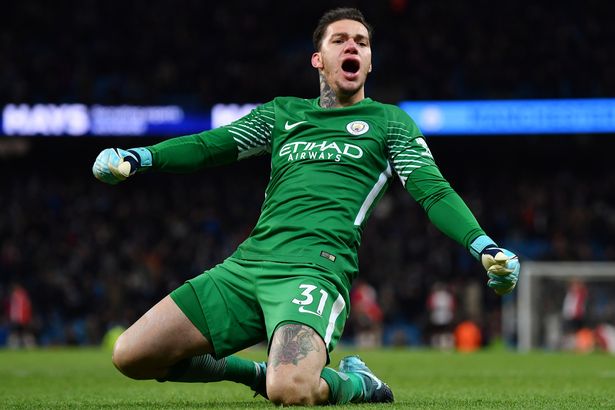 One of the breakthrough stars of the pre-season tour, Luke Bolton was absolutely fantastic as he put in some eye-catching displays. The youngster should start in an unfamiliar right-back position.

Otamendi was a key cog in City’s title triumph this past season. A quick centre-back who rarely loses in a one-on-one situation, the Argentine could start on Sunday.

Injury allowed him only one pre-season game but with his fellow defenders lacking fitness, Laporte could be in for a start.

Zinchenko has been a utility player for Guardiola. He has been playing at left-back and in midfield as per the manager’s demands.

The beating heart of City, Fernandinho was excellent this past season and will be hoping to start from he stopped.

Foden has already been in and around the first-team and did well in the pre-season tour that could earn him a start at the Wembley.

Bernardo Silva was sublime in the pre-season tour, showcasing his artistry and goal-scoring abilities. With an impressive first season in England already under his belt, the diminutive Portuguese would be hoping to get better.

It was a bit of a surprise to see Sane being so scarcely used, given that he did not end up going to the World Cup. But the German needs no introduction, as he showed last season as to what he can do with his explosive pace and trickery.

Mahrez is fit and would be raring to have a go against Chelsea in the Community Shield.

Read more: Who is this £2.6m Man City new signing? Another shrewd move by Pep Guardiola?

The man to lead City’s attack at the weekend should be Aguero. With his movement and pace, he can cause a lot of problems to the Chelsea defenders.