Celtic have already played two friendly games during their training camp in Austria, winning one and losing the other. The Hoops first beat SK Vorwarts Steyr 1-0, courtesy of a second-half strike by James Forrest.

Lewis Morgan, Stephen Welsh and Kerr McInroy made their senior debuts for the Bhoys in that match. Celtic were clearly the better team against SK Vorwarts Steyr but they failed to capitalize on their dominance and record a bigger win.

In the second game, the Scottish giants surprisingly lost to Czech side Bohemians. Brendan Rodgers’ men created lots of chances but failed to convert any of them. It’s worth noting that the manager fielded two different teams in either half as he also experimented with a 3-4-2-1 formation.

Celtic’s last friendly in Austria will be against another Czech team – Sparta Prague on 3rd July. Sparta Prague will undoubtedly be Celtic’s strongest test thus far in pre-season, and with the matches against Alashkert in the Champions League qualifiers knocking on the door, Rodgers isn’t expected to make too many experiments on Tuesday. 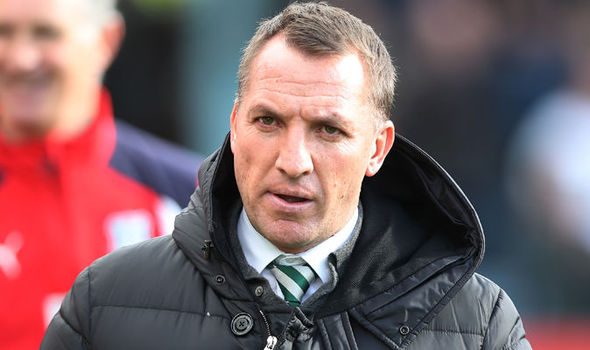 The Northern Irishman will probably use his favoured 4-2-3-1 formation and name a strong starting XI. Although Celtic will be without a few of their key players, who are still on World Cup duty, Rodgers is still expected to field a pretty strong team with the players he has at his disposal.

Craig Gordon should start in goal, with Jozo Simunovic and Kristoffer Ajer operating as the centre-backs. Anthony Ralston and Tierney could be the first-choice full-backs.

The two defensive midfielders for Celtic could be Scott Brown and Eboue Kouassi, who has thus far not started any game for the Hoops in pre-season.

With Tom Rogic still unavailable, Callum McGregor could get a chance to feature behind the striker, while Scott Sinclair and Jonny Hayes could operate on the flanks.

Odsonne Edouard played as the sole striker in the previous game against Bohemians, with Leigh Griffiths substituting him at half-time. But it could be the other way around against Sparta Prague.

Of course, it is only a provisional line-up, and Rodgers might field a different team on Tuesday.