Aston Villa start their new Championship season with a trip to Hull City on Monday evening.

The Villans narrowly missed out on the promotion last season when they were beaten by Fulham in the Championship play-off final in May.

After the end of the season, Steve Bruce has lost a lot of players, which has left the squad thin and weaker.

However, with Bruce at the helm for another season, expect Villa to mount another promotion charge again.

Bruce confirmed in his pre-match press conference that Jonathan Kodjia is in contention to play against Hull City. But Villa will be without the striking trio Scott Hogan, Keinan Davis and Rushian Hepburn-Murphy.

Meanwhile, fan-favourite James Chester will be wearing the captain’s armband, with the centre-back set to lead Villa into the new season.

Aston Villa have signed Atletico Madrid goalkeeper Andre Moreira on loan but Jed Steer is expected to start in goal for the opening game against Hull. 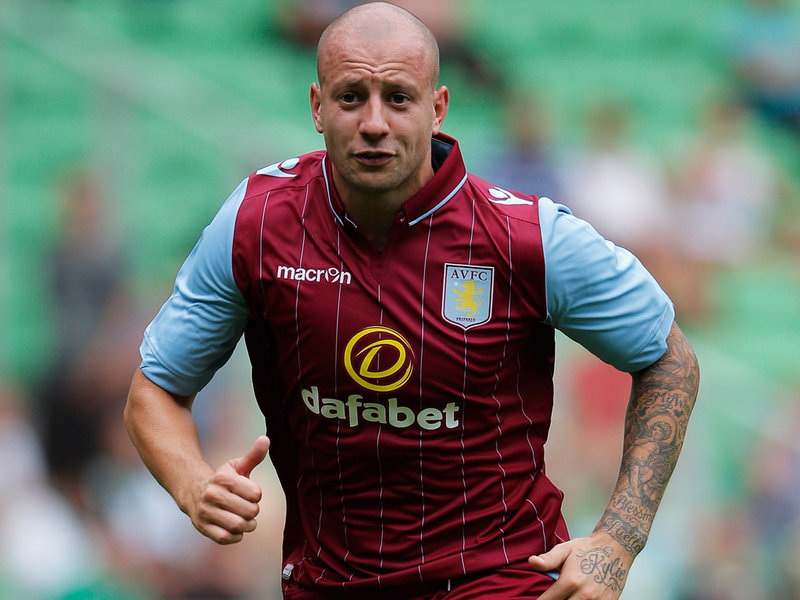 Hutton, a firm favourite at Villa Park, will have a bigger role to play for the club during the 2018-19 campaign as his eventful career rolls on.

Newly appointed skipper James Chester is an integral part of this Villa team and his leadership skills will be a key factor in helping them mount another promotion charge.

Jedinak played a vital role for Steve Bruce’s side last term and the veteran Australian could still be an effective performer if he manages to maintain his fitness.

While Taylor does not possess any great physical strength or pace, he does offer a wealth of experience needed to sustain the rigorous demands of Championship football.

Whelan is a true holding midfielder with defensive discipline and attacking instincts. The veteran may lack mobility but he is such a reliable player to have in the team.

One of Villa’s shining stars this past season, Grealish can play anywhere in the midfield. He is truly composed when in possession and has exceptional technique as well as an impressive range of passing.

Hourihane chipped in with 11 goals and 2 assists in the Championship last season, and will be expected to step up this term as well.

Adomah had a good season and has the ability to play anywhere across the front three. Coming into the new campaign, the Ghanaian will be hoping to continue from where he left off last season.

Green had a fine pre-season campaign and he clearly has the potential to be the club’s next star after Grealish. He possesses the ability to carve open defences and now that he is fully fit and running, the youngster should be ready for the challenge of playing regular football.

Kodjia had a tricky spell last season, missing a large chunk of action after undergoing ankle surgery. But he is still a proven Championship star who is capable of scoring beautiful goals. He is a proper poacher and could have a big say in Villa’s promotion charge this season.