England will be full of confidence after showing they are capable of going up against the big sides in the World Cup this summer. Gareth Southgate’s men finished 4th after losing to Belgium in the third-place playoff but won the hearts of their people with their inspiring performances.

With the first international break now in place, the England squad have arrived at St. George’s Park ahead of their clashes against Spain and Switzerland.

Southgate has a plethora of options to select from before Spain make their way to Wembley. The home advantage should definitely prove beneficial for the Three Lions. 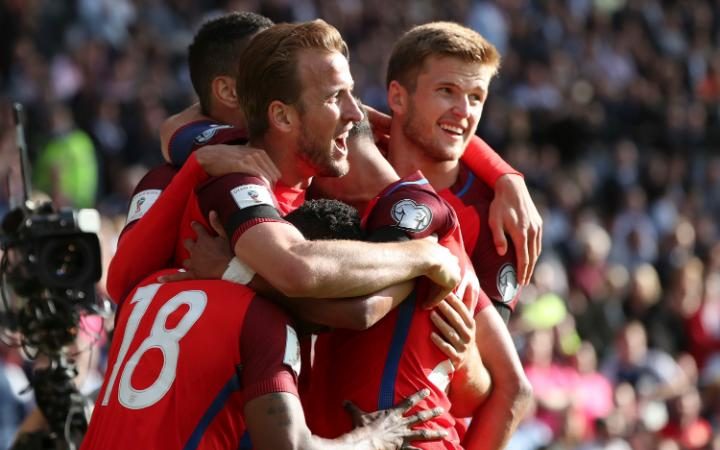 Pickford was in supreme form for the Three Lions at the World Cup, making a string of match-winning saves to keep England in the game. He should start in goal.

Stones has shown he is comfortable with the ball at his feet and played a peripheral role for Southgate as well as Guardiola last season. He should start.

Maguire made a name for himself after his inspiring performances for the Foxes and England last year. He has been a stalwart at the back and poses a massive threat during set-pieces.

Walker flourished after being deployed in a three-man backline. The Manchester City defender will be in good form after scoring his first goal for the club last weekend.

Young represented England as their left-back at the World Cup but the opening few weeks of the season has seen Luke Shaw emerge as a strong contender. He should start at left wing-back.

Arnold seems to be getting better with each passing game. The Liverpool defender loves to maraud down the flanks and whip in crosses for the attackers to make use of.

Though the Liverpool captain is yet to feature regularly this season, his passing range will definitely pay dividends for Gareth Southgate.

Alli’s underrated work rate and offensive prowess should prove useful for the Three Lions going forward. He is a pest inside the box and hands defenders a torrid time at the back.

Lingard is yet to hit full throttle this season but the Manchester United midfielder loves scoring for his country and will be aiming to get on the scoresheet.

Read more: Liverpool have been handed a tough UCL group but it shouldn’t affect their PL title challenge – opinion

Southgate will be confident knowing that Kane has put aside his August hoodoo and strapped on his scoring boots. The England captain will be the main source of goals going forward. 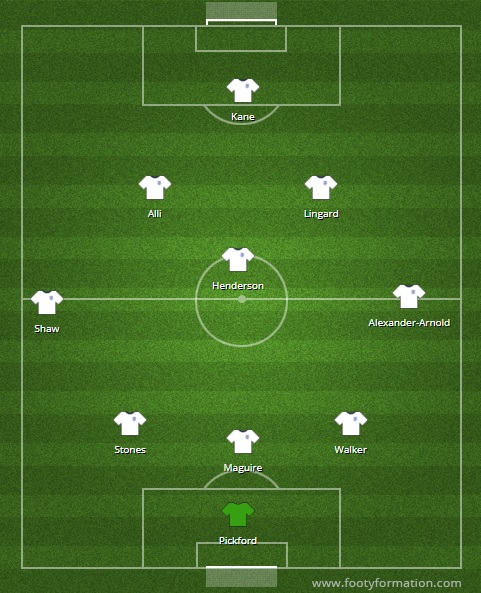