Predicted Burnley line-up to face Liverpool in the Premier League

Burnley were beaten by Crystal Palace in the Premier League this weekend. The Clarets are struggling to get out of the relegation zone and are in dire need of a few positive results. Sean Dyche’s men now come up against Liverpool at Turf Moor in the mid-week clash.

The Reds are on the back of a win against Everton and are still unbeaten in the league this season. Jurgen Klopp’s side will definitely aim to punish the Clarets and Sean Dyche will be wary of a number of potent threats.

Nick Pope and Stephen Ward are injured and unavailable for this game. Sean Dyche does have a few players back from the sidelines and the manager is expected to make a couple of changes. Robbie Brady is back too and is fit to start this game.

Hart has made the most saves this season. He will surely keep his place between the sticks. 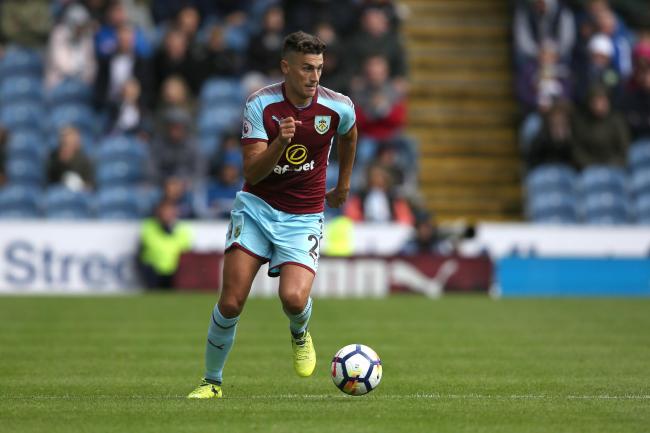 Lowton has been very poor at the back and if he doesn’t turn up against the Reds, they are definitely in for a thrashing.

Tarkowski should return to the line-up in place of Kevin Long for this game. Tarkowksi has not lived up to the expectation this season and has to step up soon.

Mee has bailed out the Clarets on a number of occasions this season. He will surely keep his place at the back.

Taylor has looked good going forward but his defensive work rate has been bad. He will continue down the left flank against Liverpool.

Gudmundsson might be shifted to the right side in place of Aaron Lennon. The Iceland international’s set-pieces should trouble the Reds.

Westwood should come into the side in place of Steven Defour for this game.

Has been unable to shut down the midfielders and his distribution hasn’t been at his best. If he fails, Liverpool are going to steamroll Burnley.

Brady should receive a start in this game as he aims to pick the locks against Liverpool.

Hendrick will keep his place against Liverpool and sit behind the striker to dictate the play.

Vokes will start up front in place of Chris Wood. He has been in good scoring form this season. 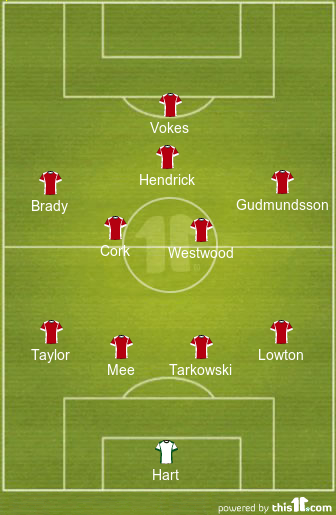