Rangers will be aiming to keep up their fantastic start to the season when they face arch-rivals Celtic at the Ibrox this Sunday in the season’s first Old Firm Derby.

Steven Gerrard’s men have won all their league games so far, and are only behind to Celtic in the table on goal difference. They also progressed their way into the Europa League group-stage on Thursday, to further bolster the impressive start.

The Gers should be looking forward to play against their rivals at home in a bid to put on a early title-challenge marker.

Rangers do not have any regular first-team players injured. Sheyi Ojo proved his fitness by almost playing the whole game on Thursday.

He is Rangers’ first-choice goalkeeper and should be in goal on Sunday.

The captain has done in Old Firm derbies in the past. He is in line to lead his team out again.

Goldson has been a solid presence at the back this season. He is probably one of the first names on the teamsheet.

Goldson’s partner Katic has also been very good at the back for the Gers. That partnership is expected to feature against Celtic as well.

Borna Barisic has started the previous two games at left-back now. Gerrard might not hand another start in such short time. Thus, Flanagan could get his place back in the team.

He is one of those players who keeps improving game after game. As of now, he is also one of the first names on the teamsheet. 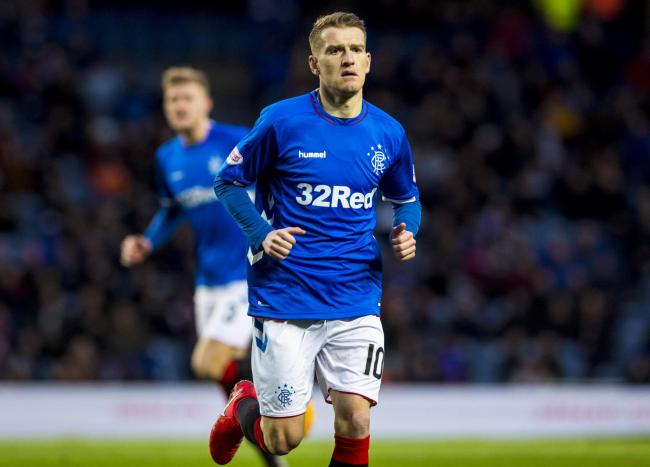 The experience and calmness of Davis in midfield would help Rangers dominate the game as much as they can.

Aribo has been a very good addition this summer. He has already made a positive impact. Expect him to do something similar on Sunday.

Arfield is another important player in this team who should start the Old Firm derby on Sunday.

After playing 95 minutes on Thursday, it is confirmed that the winger is fit to go again on Sunday.

Morelos scored the last-minute winner on Thursday to take Rangers through in the Europa League. He is expected to lead the line against Celtic. 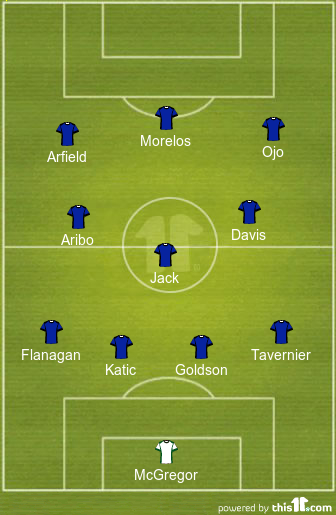