After a disappointing exit from the Champions League, Manchester City managed a hard-fought victory against Tottenham on Saturday. Pep Guardiola’s side have another massive game coming up with a must-win derby against Manchester United at Old Trafford on Wednesday. 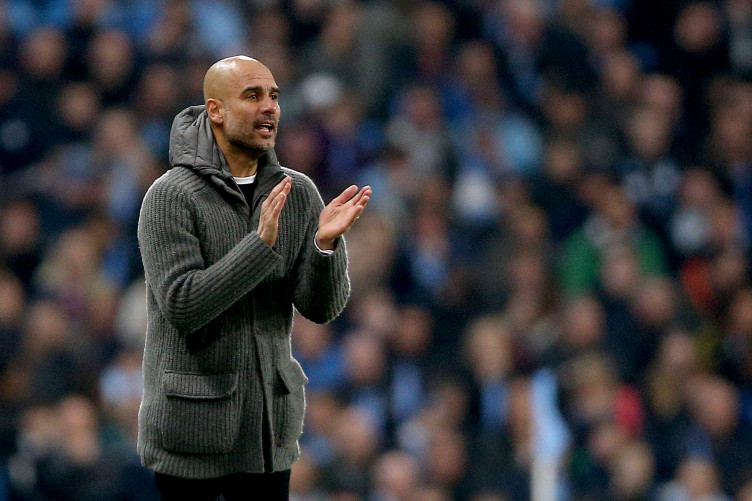 A victory is an absolute necessity in order to push themselves to regain the title and with the Red Devils in poor form, City will be looking to take the bragging rights yet again.

The Cityzens suffered a massive blow against Spurs when star midfielder Kevin de Bruyne hobbled off with a muscular injury. He, along with Claudio Bravo, is set to miss the derby on Wednesday.

The Brazilian had a brilliant game against Spurs and should continue in goal on Wednesday. 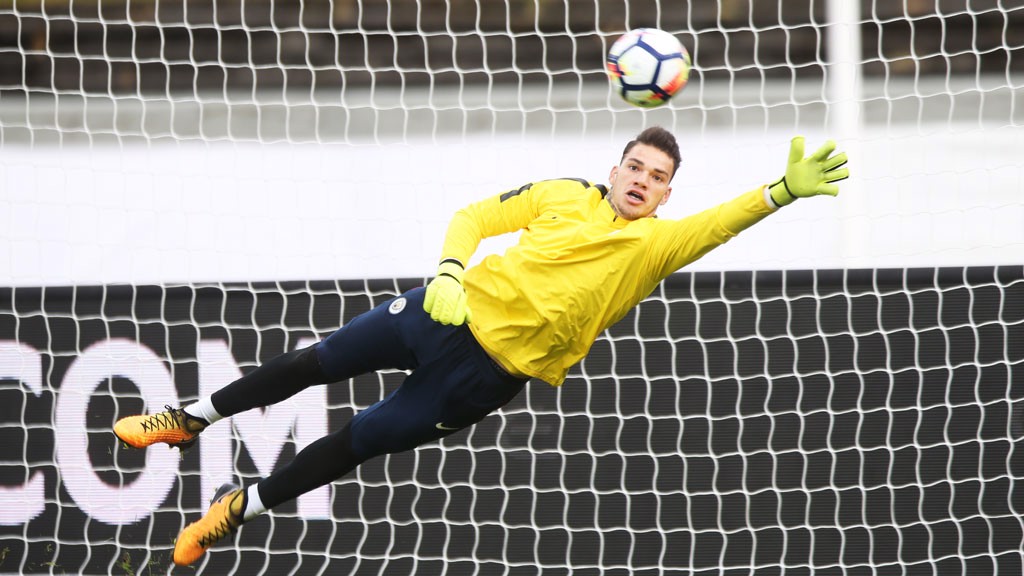 Walker’s pace will be a real asset for City against a weak United backline and he is expected to start against their rivals midweek.

The former Everton man is regaining his form having helped keep a clean sheet against Spurs and he should continue in defence on  Wednesday.

The Frenchman has been City’s best defender this season and he will need to be at his best to keep out the likes of Rashford and Lukaku in the derby at Old Trafford.

Mendy didn’t feature in the weekend’s game but he should make the return to the starting lineup on Wednesday.

One of Pep Guardiola’s most important players in his squad, Fernandinho’s positioning will be key if the Cityzens were to get the victory against their archrivals.

The Spaniard came off the bench against Spurs on Saturday but his presence in the squad will be hugely important especially with de Bruyne’s absence. 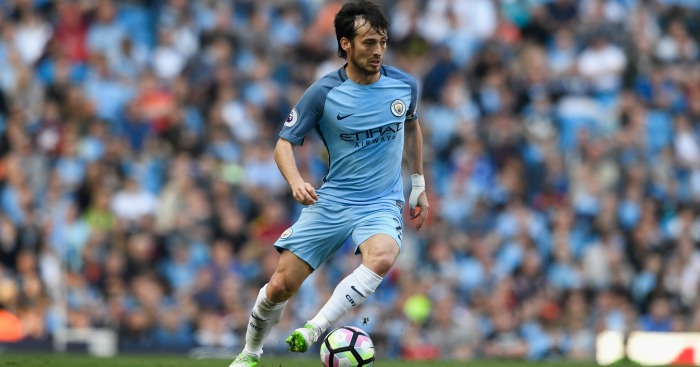 Gundogan held the fort when Fernandinho was injured but he should return to his natural box-to-box role against United on Wednesday.

39 direct goal contributions in 45 games this season has turned Sterling into one of the best players in the Premier League. His pace and combination play with Mendy down that left flank could cause serious damage to United midweek.

The man of the match against Tottenham, Bernardo Silva has been one of the most underrated players in City’s squad this season. His pace, skills and trickery from the right-hand side could help determine the game on Wednesday.

The Argentine has scored 9 goals in 10 appearances against United over the years and he will be their biggest threat in the derby on Wednesday. 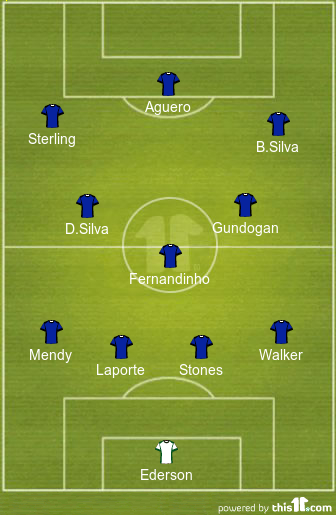