Chelsea would be aiming to get back to winning ways after stumbling in the league against Southampton. They face Championship side Nottingham Forest in the FA Cup at Stamford Bridge this Saturday.

Maurizio Sarri’s men have EFL Cup semi-final first leg to deal with after this game,as they seek to stake their claim in the domestic cup competitions this season.

They are up against a Forest side who just beat Championship leaders Leeds United 4-2 on the New Year’s day. The away side are clear underdogs for this game and will come with no pressure in their minds. The onus will be on Chelsea to produce the goods. 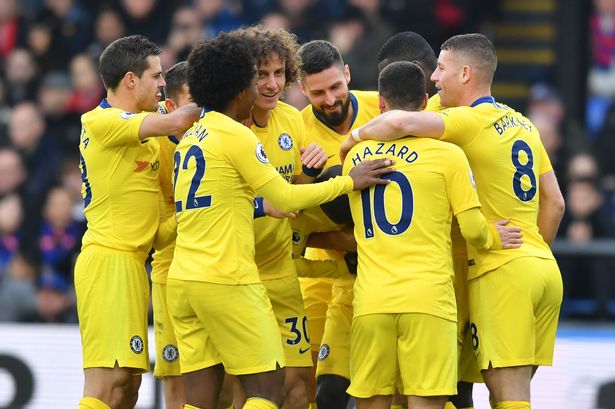 Kepa has been starting the league games and is expected to start the EFL Cup semi-final tie, hence, a chance for Caballero in this game.

The Italian has been starting the cup games thus far, acting as a backup for Cesar Azpilicueta. Expect him to do the same this Saturday.

With Antonio Rudiger and David Luiz doing well as a pair, Christensen hasn’t got much playing time in the league games. However, he should get another outing in this cup tie to prove his worth.

Another player who has started the cup games for the Blues. Expect him to do the same this weekend.

Marcos Alonso must get a rest for this game, especially with the Spurs fixture around the corner. Thus, a chance for Emerson to impress the manager.

The youngster must get these type of games to show his potential and impress the manager.

The Spaniard is expected to leave the club by the end of this month, hence, he should get a chance to play this game and bid a formal farewell.

Ross Barkley started against Southampton. Expect the Croat to return for this game.

With Willian, Pedro and Hudson-Odoi out for this game due to their respective injuries, there is another chance for Loftus-Cheek in the attacking role.

The Spaniard wasn’t good against Southampton as he continues to frustrate the Chelsea fans. Scoring a goal or two against Forest would help him.

Read More: 50+ goals in 2 seasons – This Italian goal machine is the man who Chelsea need to solve their goalscoring woes

Eden Hazard is expected to get a game off, hence, a chance for Barkley in an advanced role. 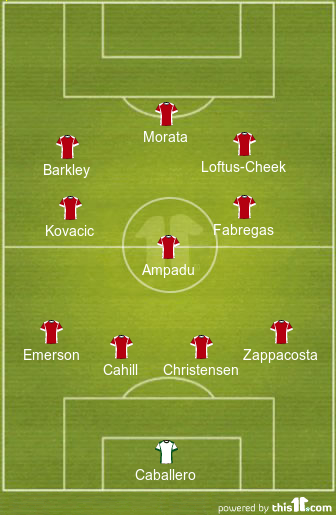