Predicted Celtic line-up to face Rosenborg in the Europa League

Celtic travel to Norway to lock horns with Rosenborg on Thursday, hoping to get a win to keep their Europa League last 32 hopes alive.

The Hoops are level on points with RB Leipzig, who face Salzburg on the same evening. Brendan Rodgers’ Celtic are back in their stride and a victory over Rosenborg would give them massive confidence ahead of Sunday’s Betfred League Cup final with Aberdeen.

Scott Brown and Tom Rogic are back in training, although the latter could be in the squad to face Rosenborg. Meanwhile, Daniel Arzani and Eboue Kouassi have been ruled out for the season.

Celtic’s undisputed No.1 in goal, Gordon is set to retain his place in the team for this fixture.

Despite not being at his best this season, Lustig has been picked in the team by Rodgers. So, he is a certain starter for Thursday’s game. 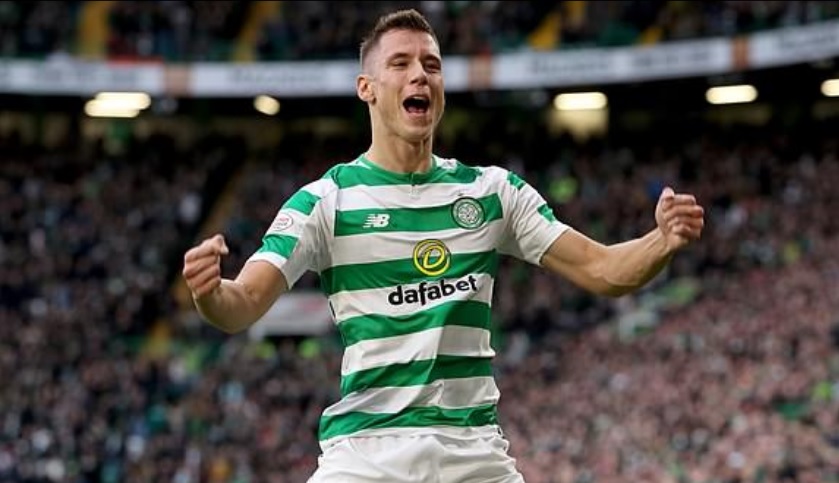 Strong in the air and tough in the tackle, Boyata is arguably Celtic’s best defender. He is expected to start against Rosenborg.

Benkovic has forged a rock solid partnership at the back with Boyata. The towering Croat has added much-needed physicality and aggressiveness to Celtic’s defence.

Tierney is regarded as one of the most sublime talents in Scotland. He has been a consistent performer for Celtic so far this season.

Christie has been brilliant for the Hoops of late. He has brought freshness to the team which was struggling to find form.

McGregor is a very good passer of the ball and knows how to find pockets of spaces behind the opposition defenders. A clever player, he is a certain starter against Rosenborg.

Ntcham has blown hot and cold this season. Now back from injury, the Frenchman needs a run of games to regain his form.

Forrest is just unstoppable right now. He is a pacy customer who can terrorise the Rosenborg defenders on Thursday. A definite starter in Norway.

Sinclair has been given chances of late by Rodgers but he has failed to grab it with both hands. However, he could get another shot against the Norwegian club in the Europa League.

Read more: Celtic making a January move for this out of favour Newcastle star would be a huge boost to their defence

It is difficult to dislodge him from the team given the form he is in right now. Edouard is certain to lead Celtic’s line at Rosenborg. 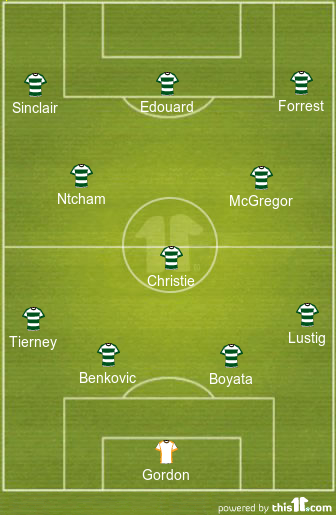