After securing a confidence boosting win in the Champions League, Tottenham will hope to take that into the coming league game when they face league leaders Liverpool at Anfield this Sunday.

Despite an under-par start to their league campaign, Spurs find themselves just five points behind fourth-placed Chelsea. So, if they start to overturn their bad form, then catching their London rivals shouldn’t be a problem.

However, to do that, they need to start putting up good performances, starting from this Sunday.

Ryan Sessegnon is still recovering from his muscle injury and won’t return before next month. Hugo Lloris is a long-term absentee and won’t come back before New Year. 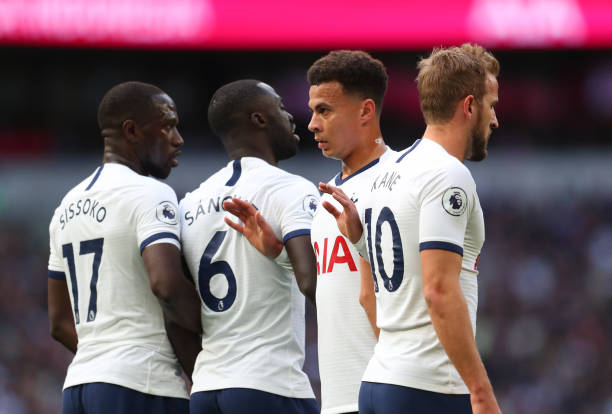 With Lloris out for a good amount of time, Gazzaniga is Spurs’ number one for now and will start on Sunday.

The Ivorian was tidy and very good on the ball against Red Star. He is expected to keep his position in the team.

The Colombia international has done well recently and his recovery pace would help him track the pacy runs of the Liverpool forwards.

The Belgian has been in and out of form so far this season. Despite that, he is ahead of Alderweireld in the pecking order and would start this game.

Davies played well on Wednesday and should get another chance to prove his worth at left-back instead of Danny Rose.

The France international has been Spurs’ best midfielder this season. He is a certain starter on Sunday.

On the basis of his dominant performance on Wednesday, the summer signing gets a nod ahead of Harry Winks in midfield against Liverpool.

The Argentina international was fantastic in the midweek game. That should warrant him a start on Sunday.

With Christian Eriksen’s situation unclear, Pochettino may continue with Alli as an attacking midfielder behind the striker.

The South Korean star is one of the certain starters for Spurs. That would be the case at Anfield as well.

The England international would be looking to hurt the Liverpool defence and convert one of the chances to help the team. 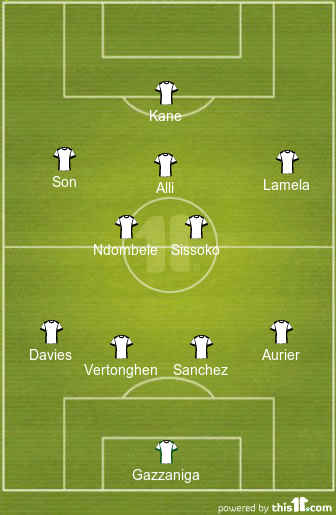