Predicted Liverpool line-up to face Everton in the Premier League

Liverpool were beaten by an electric Paris Saint-Germain side that caused them all sorts of problems at the back. The Reds have now lost all three of their Champions League away fixtures this season and are on the brink of a group stage exit.

But Jurgen Klopp now turns his attention to more pressing matters like facing Everton at Anfield this weekend. The Toffees have been very good under Marco Silva and will pose another tough test for the Reds.

Only Adam Lallana and long-term absentee Alex Oxlade-Chamberlain are out at the moment. Liverpool have no other injury concerns and will be able field their strongest team against the Toffees. But Jordan Henderson will be unavailable for this game after picking up a red card against Watford.

Was surely the best player against the French champions in mid-week and will keep his place in goal against Everton as well.

Arnold was rested against PSG and will return to right-back for this game. His energy was missed down the right flank.

Gomez will be fielded as a centre-back in this game, a position where he has flourished much better than at full-back this season.

For once, Van Dijk looked a shadow of himself against PSG but he will surely come back stronger against Everton.

Did well against PSG defensively but was unable to offer much going forward. He will keep his place at left-back.

With Henderson suspended, Keita should take the reins in central midfield. The Guinean has failed to impress in the last few outings though.

Fabinho should partner Keita in central midfield and aim to shut down the Everton attack.

Will surely start this game given his current form. He was a substitute against PSG and came on late in the second half.

Firmino should drop back deep into central attacking midfield for this one and dictate the play in the final third. 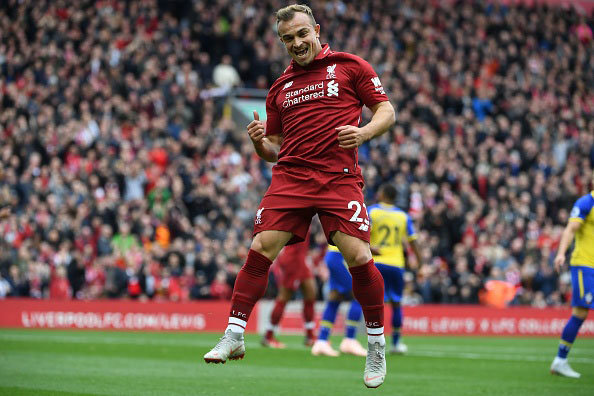 Looked lively and dangerous against PSG but was unable to do anything about it. He should cause all sorts of problems at the back for Everton.

Read more: Liverpool holding onto £39m star amidst PSG interest would be a big statement of intent on the European stage – agreed?

Certainly hasn’t looked like the Salah of last season. The Egyptian definitely needs to show more conviction in the final third. 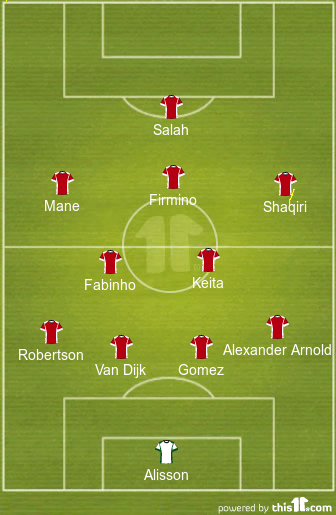