Celtic would be looking to officially clinch the title when they face Aberdeen at Pittodrie Stadium this Saturday. The Hoops are currently nine points ahead of second-placed Rangers with three games to play.

Hence, if they manage to even get a draw against the Dons, the title will be theirs.

These two sides met in the Scottish Cup semifinals earlier and Neil Lennon’s men won that game 3-0. Hence, we can expect a bit of a response from the home side this weekend.

Ryan Christie and Dedryck Boyata are out for the season. Kieran Tierney is in contention to start against Aberdeen. 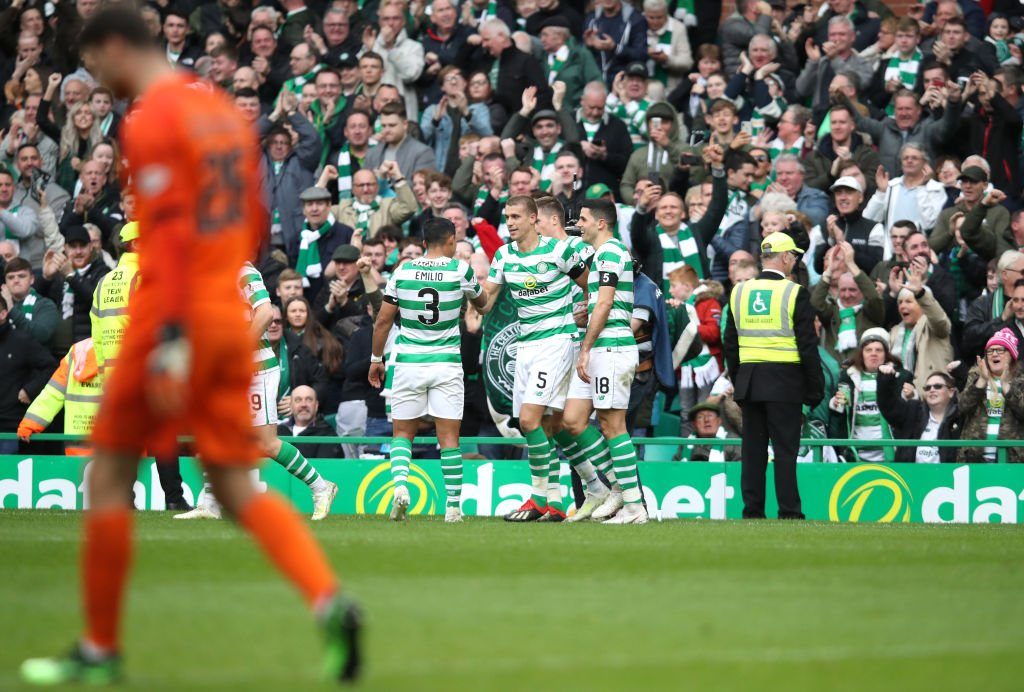 Kouassi Eboue and Daniel Arzani are out for the season as well.

He is their first-choice keeper and should be in goal against Aberdeen. 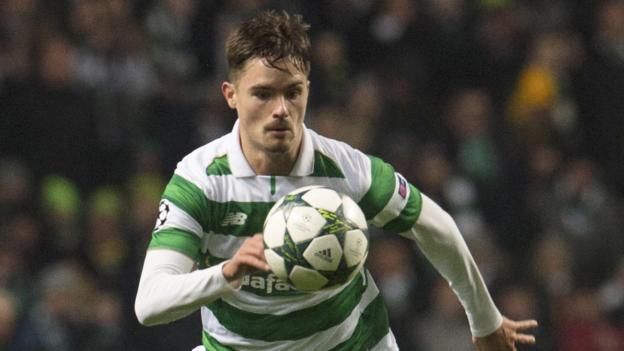 Lustig’s form has been positive in the past few games. He deserves to keep his place in the team now.

In the absence of Boyata, Simunovic has done a good job at the back. The latter is expected to start on Saturday as well.

He is the first-choice centre-back in the team now and should start this weekend.

Tierney is back in contention to start and should get back into the XI for this game. 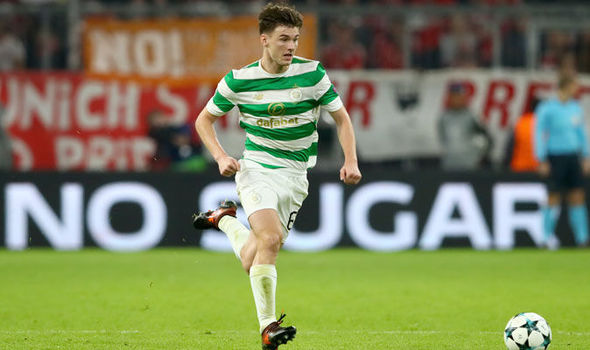 The captain is an irreplaceable cog in the team. He is almost a certain starter.

Since his return from injury, McGregor has done well in the midfield and deserves to keep his place in the team.

Despite being quiet in the previous game, Forrest has had a productive season for the Hoops. He should start on Saturday as well.

He played well against Kilmarnock and would get another chance to shine in attacking midfield.

Scott Sinclair struggled to harness much impact in the last game. Hence, we could see Hayes starting on the left wing.

He is leading the line on a consistent basis now and should do the same this weekend. 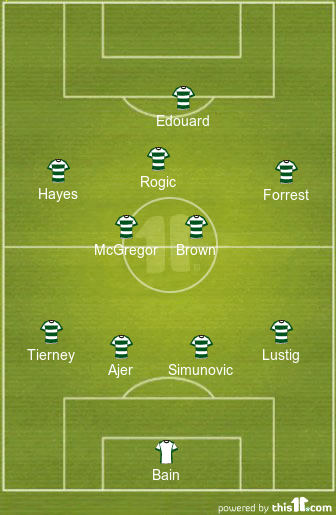