Predicted Arsenal line-up to face Vorskla in the Europa League

Arsenal would be aiming to test their bench strength when they visit Ukraine to face Vorskla in the Europa League on Thursday. The Gunners have already qualified for the knockout stages of this competition and with games against Tottenham and Manchester United coming up, Unai Emery will most probably field a second-string side in this match.

The north London club are defending a 17-game unbeaten run in all competitions. The fringe players will be seeking to perform well and impress the manager.

Nacho Monreal will return to training in mid-December, while Stephan Lichtsteiner is out as well. Alexandre Lacazette is still nursing a groin injury and won’t be risked for this game. Laurent Koscielny is back in training very soon and Danny Welbeck is ruled out for the season.

With Bernd Leno as the first-choice keeper in the team, Cech has to contend with playing the cup games. Should start this game.

Hector Bellerin is expected to get a rest, hence, we may see Jenkinson in action on Thursday.

The youngster has been in great form, however, with the Gunners short on centre-back options, Emery could start him in this game.

The young Academy centre-back could feature in Ukraine, as the manager seeks to rest the first-team players.

Sead Kolasinac could get a game off, therefore, we might see Maitland-Niles at left-back.

The Egyptian is fit enough to start this game, providing Lucas Torreira with a much-needed rest.

The youngster should feature in this game as Granit Xhaka is expected to get a rest.

The Welshman isn’t really in the first-team plans of the manager, hence, we may see him in action in the cup and Europa League games.

The German didn’t feature against Bournemouth and he had a two-week break before it. So, he should be fresh to start this game. 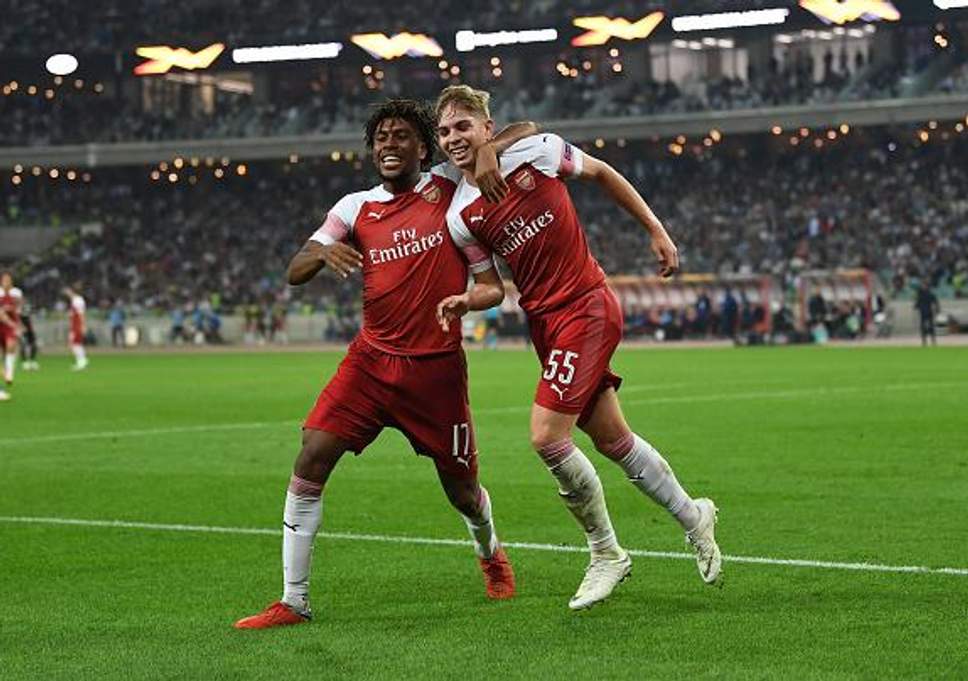 The Academy youngster has played a few games in the cup competitions and impressed the manager. Expect him to start.

Read More: Arsenal capitalising on this Borussia Dortmund star’s lack of game time would pay rich dividends in the future

With Lacazette and Welbeck out, and Pierre-Emerick Aubameyang expected to get a rest, we may see the young Nketiah leading the line for the Gunners. 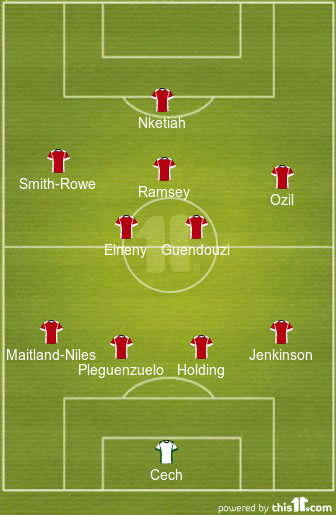