Predicted Arsenal line-up to face Huddersfield in the Premier League

Arsenal would be aiming to keep their unbeaten run going when they face a struggling Huddersfield at the Emirates this Saturday. The Gunners were impressive against Spurs on Sunday and showed great character in a 2-2 draw against Manchester United during the midweek, justifying their impeccable run in the league.

They are up against a Terriers side who picked up a bit of form lately but lost to Bournemouth on Tuesday. However, it won’t be easy anyway for Unai Emery’s men after two intense games in the space of three days.

Rob Holding seems to have picked up a big injury against United and will be out. Aaron Ramsey also picked up an injury on Wednesday but it doesn’t look that serious. Nacho Monreal is still out, while Mesut Ozil was again absent from the squad due to a back spasm. Laurent Koscielny suffered a setback and is out.

The German has been great in between the sticks for the Gunners since taking over from Petr Cech.

The Spaniard’s runs and delivery into the box will be key against a deep-defending side like Huddersfield.

Mustafi has been good apart from a few iffy moments. He is expected to partner Sokratis in this game in a back-two, with Holding out injured.

The Greek has been a great addition to the squad. His calmness and authority are helpful.

The Bosnian was at fault for United’s second goal on Wednesday. However, his powerful running down the flank will be needed against the Terriers. 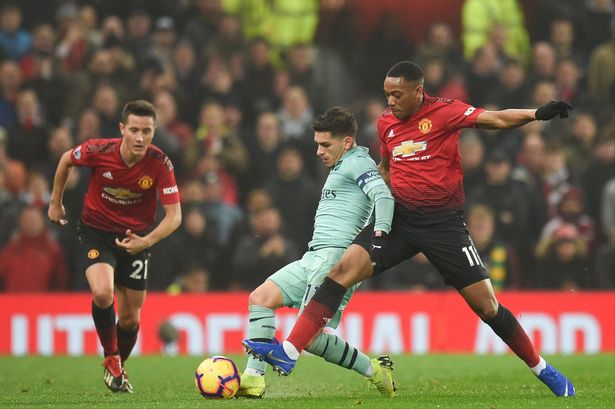 The Swiss was suspended for the midweek game, hence, he should be fresh to start at the weekend.

The Uruguayan has been immense in the midfield for the Gunners. He should continue to start games in a tough period.

Iwobi has looked sharp under Unai Emery. He just needs a goal or two to go to the next level.

Came off the bench against United and looked sharp. Expect him to start as a number 10 this weekend.

He is expected to start on the left wing, but his movements from out wide to inside the box could cause mayhem in the Huddersfield defence.

The Frenchman has been fit but had to be content with coming off the bench in the previous two games. Expect him to lead the line on Saturday. 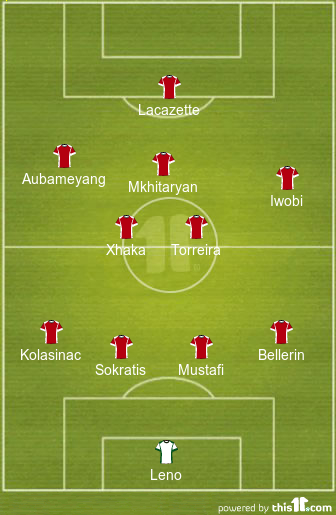