Predicted Arsenal line-up to face Burnley in the Premier League

Arsenal will be aiming to quickly forget their derby loss when they face Burnley at the Emirates Stadium on Saturday in a lunchtime kick-off in the Premier League. The Gunners lost their previous league game to Southampton and also got knocked out by arch-rivals Tottenham in the EFL Cup during the midweek.

Hence, the character will be put to a stern test when they step onto the field this weekend against the Clarets. Sean Dyche’s men are in the relegation zone at the moment and would do everything to get something out of this game. Hence, it won’t be easy for the Gunners.

Hector Bellerin is out for a few weeks, while Shkodran Mustafi is a doubt. Sead Kolasinac is also an injury doubt, while Rob Holding and Danny Welbeck are out long-term. 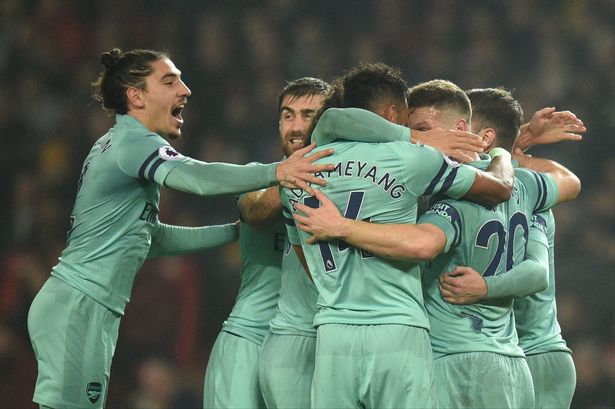 He is expected to take the gloves back for the league games after being rested for the cup tie.

The Swiss veteran didn’t even come on from the bench on Wednesday. With Bellerin out, expect him to start on Saturday.

He needs to get as much game time as possible to regain full match fitness ahead of a tiring period of games.

Arsenal need him to be fit for the upcoming games as they face a troublesome situation with injuries.

With Kolasinac out, expect the experienced Spaniard to continue playing at left-back.

The Uruguayan has been brilliant for the Gunners this season. He is irreplaceable in the team.

Xhaka’s presence is needed in the midfield rather than at central defence. Emery needs to play him in central midfield.

The Armenian is expected to start on the right wing. He scored a brace last week that went in vain.

With all the situation around Mesut Ozil, we may see Ramsey starting as a number 10 for this game.

Arsenal fans would be needing him to score a goal or two and link up with Alexandre Lacazette up front.

Read More: Do it Emery – Arsenal splashing £40m on this electric Argentine winger might turn out to be a bargain in the future

This is the game where we should see the Frenchman back in the starting line-up. Gunners need him to be on the score sheet as well. 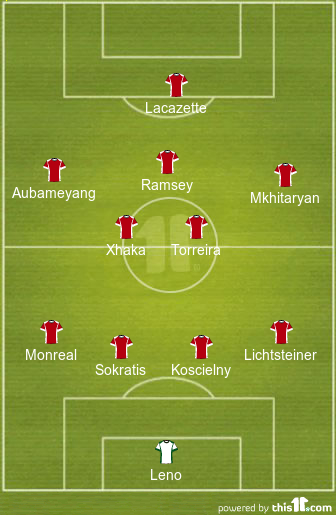