Arsenal finally got back to winning ways with an outstanding 3-1 victory over Spanish giants Valencia in the semifinals of the Europa League. The Gunners will now have to focus on the Premier League when they host Brighton on Sunday.

Arsenal’s top-four hopes depend heavily on Spurs and Chelsea but with the Blues having two difficult games against Watford and Leicester, the Gunners should win their remaining two games to keep the pressure on.

Ainsley Maitland-Niles will be unavailable due to suspension as he picked up two yellow cards against Leicester City last weekend.

Long-term absentees Rob Holding, Hector Bellerin, Danny Welbeck, Denis Suarez and Aaron Ramsey are all ruled out until the end of the season.

Despite conceding 9 goals in his last 3 games, Leno pulled off a number of incredible saves and he should keep his spot for the game on Sunday.

Ainsley-Maitland Niles’ suspension opens the door for Carl Jenkinson, who should start this game.

The German possibly had his best game in an Arsenal shirt against his former side Valencia and he deserves to retain his spot against Brighton on Sunday.

The Greek made a couple of hugely important recoveries against the Spaniards in mid-week and he should start ahead of Koscielny, who looked tired at the end of last game.

The Spaniard replaced Koscielny at centre-half on Thursday but he should return to his natural left-back position against the Seagulls. 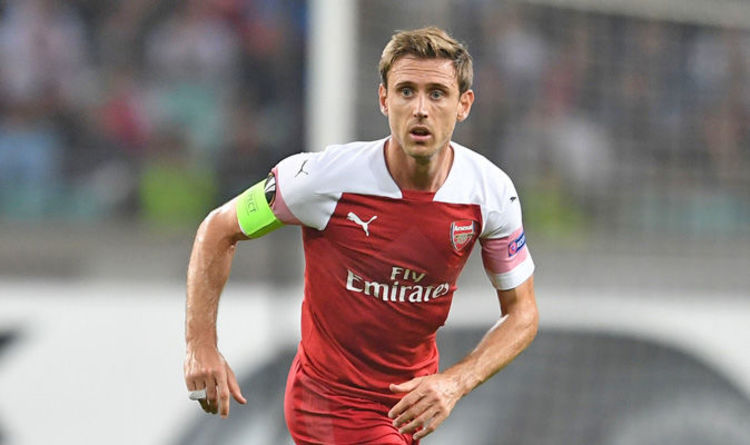 The Uruguayan was brought on in the second half and his energy and power in midfield helped the Gunners see a lot of the ball. He should start on Sunday.

The Swiss maestro had a brilliant game against Valencia and provided the all-important assist for Lacazette’s second goal. He should keep his place on Sunday.

Mkhitaryan has had a bit of a slump in form over the last two months but he has shown what he is capable of and deserves to start against a struggling Brighton side. 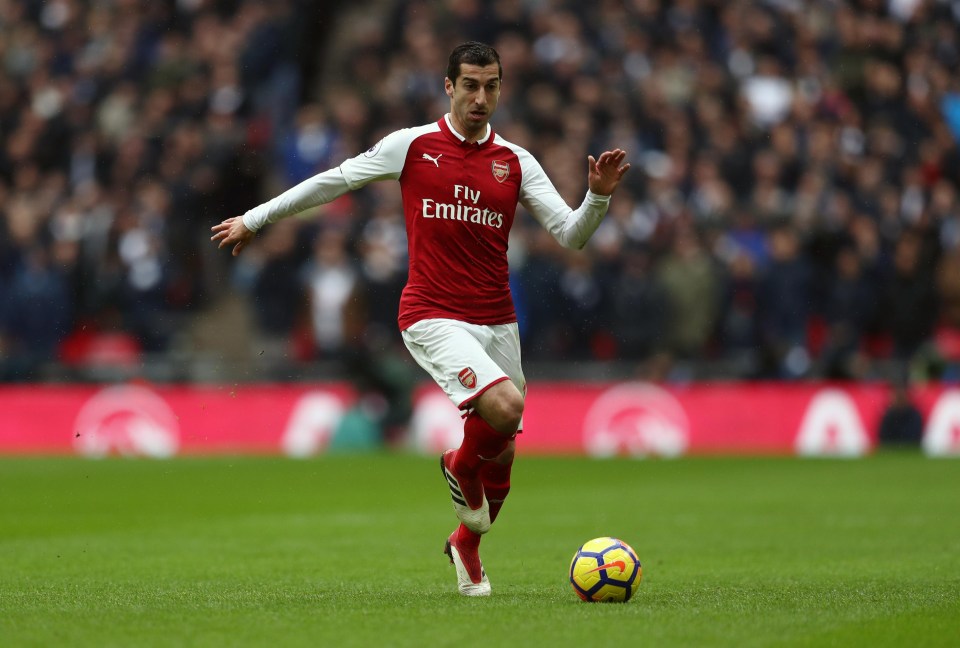 The German had a quiet yet highly effective game on Thursday and his creativity will be important against Brighton, who are sure to defend deep on Sunday.

The winger turned 23 on Friday and he will be looking for a good performance as a birthday present against Brighton on Sunday.

The hero on Thursday night, Lacazette was at times unplayable and he should start ahead of his partner in crime on Sunday. 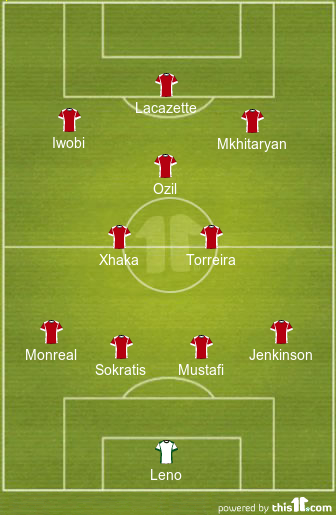