Leeds United will be aiming to keep up their good start to the season when they face Stoke City away at the Bet365 Stadium on Saturday. The Whites left it late before beating Brentord 1-0 on Wednesday night at Elland Road.

That win kept them at the top of the table, with three wins and a draw from four games played.

This weekend, Marcelo Bielsa’s men face a Stoke side who have made a horrendous start to this campaign. The Potters have won only one point from four games, which is way below their expectations.

Hence, we can anticipate a fightback from the home side on Saturday. Leeds need to be wary of that.

Gaetano Berardi is a doubt for this game after he picked up an injury 12 minutes after coming on as a substitute on Wednesday. Luke Ayling could be back in action soon but it doesn’t look likely before the first international break. Same is the case with Tyler Roberts.

Having kept two clean sheets in four games so far, Casilla looks settled in goal. He is certain to keep his place for the game on Saturday. In the continued absence of Ayling, and Berardi being a doubt for this game, Dallas may continue to start at right-back.

The new signing has done well in central defence so far. He must start on Saturday too as Leeds hope the youngster replaces the departed Pontus Jansson.

The captain has been authoritative at the back. He is one of those players who has to start most of the league games if Leeds are to get promoted.

The left-back was fit to play against Brentford but the manager gave him some more time to recover completely. We could see him in action on Saturday. 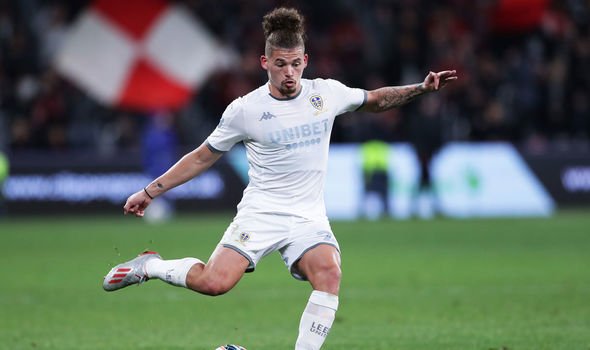 Phillips has been pretty good in defensive midfield, resuming from where he left off last season. He is probably one of the first names on the team sheet.

The Spaniard was well below par on Wednesday. As a result, Leeds struggled to create enough chances. He needs to up his game on Saturday, failing which Helder Costa is waiting on the wings to replace him.

Forshaw could keep his place in the team as one of the advanced midfield players. He needs to do more on the ball though.

Klich is one of the mainstays of this team in the midfield. He doesn’t miss many games and is in line not to miss one on Saturday as well.

After an impressive start to the season, Harrison was under-par against Brentford. However, that shouldn’t be enough to keep him out of the starting XI against Stoke. Bielsa should give him another chance.

The striker has made a decent beginning to this season. After the departure of Kemar Roofe, the responsibility is on him to keep his form going. He is almost certain to lead the line on Saturday. 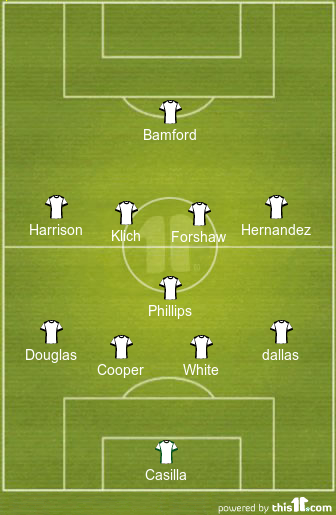