Bristol City were only able to come away with a 2-2 draw against Norwich City in the league last weekend. Lee Johnson’s side have now dropped to 14th place and they definitely need to pick up some positive results in the festive period.

The Robins take on Derby County next at the Pride Park Stadium. Frank Lampard’s side are also on the back of a draw against Nottingham Forest and it will prove to be a stern test for both sides. Lee Johnson must aim to pick up an away win or Bristol will fall further down the table.

No injury problems for Bristol City at the moment. Lee Johnson can deploy his strongest side and get on the front foot right from the start. The manager has been very fortunate not to have any long-term injuries in his squad this season. 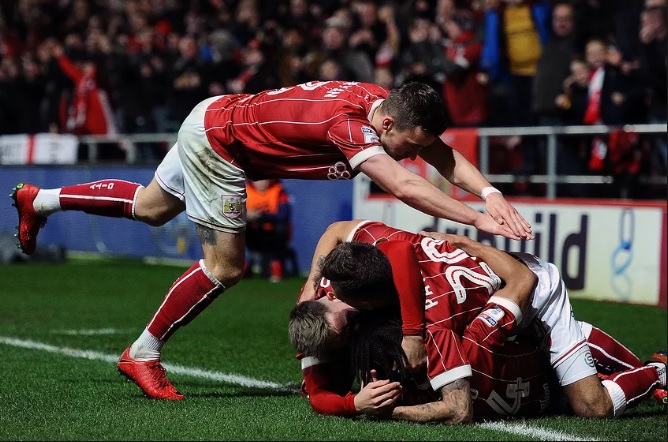 The Finnish goalkeeper should keep his place despite having a tough outing last time out. He has otherwise been good between the sticks.

Pisano should keep his place at right-back for this game as well. He has to raid down the field and provide more chances going forward against the Rams.

Kalas has to buck up and be a lot more focused in this game. Derby are in good attacking form at the moment.

Baker should keep his place alongside Kalas at the back. He has to be very sturdy in this game. His defending wasn’t at par against the Canaries.

Kelly will continue to raid down the left flank. He has done well going forward but he needs to be more aware at the back.

Weimann did well on the right-hand side last weekend and he should continue there once again. However, the Austrian needs to start scoring more.

Brownhill’s end product wasn’t on point against Norwich City. He has to do better in this game.

Paterson looked dangerous against the Canaries and he should be against the Rams as well. He is a major source of supply in the final third. 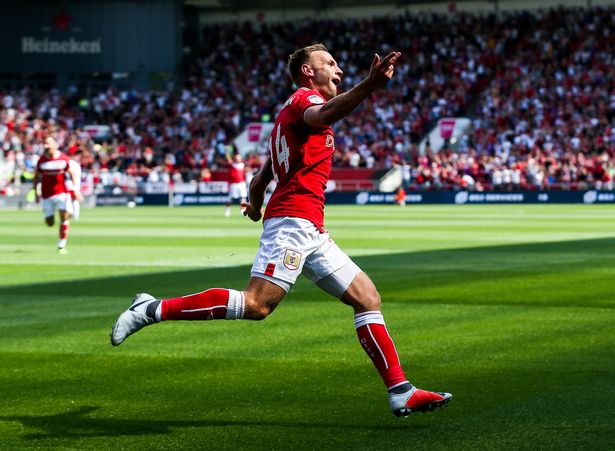 Eliasson should return to the squad in place of O’Dowda for this game. He will cause all sorts of problems with his pace and trickery.

The Senegal international scored the opener last time out and has been in good form. He will continue to lead the line. 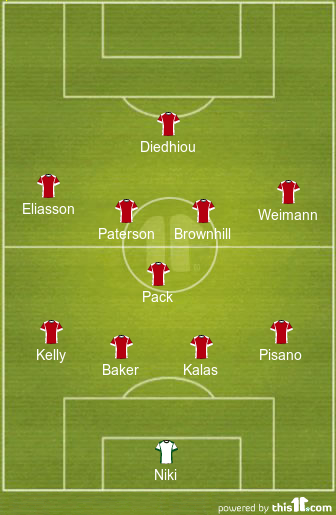