Middlesbrough would be aiming to keep their winning form going when they face Nottingham Forest at City Ground on Monday. Tony Pulis’ men squeezed past Stoke City 1-0 on Friday to keep their playoff hopes alive.

Boro are currently sixth in the table, a point ahead of seventh-placed Bristol City, having played a game more. Hence, they know the next three games are must-win if they are to contest the knockout games in May.

On Monday, they are up against a Nottingham Forest side who are in free fall at the moment, having lost their previous four games. However, being at home, they would aim to make a come back. Hence, it won’t be easy for Pulis’ men.

Defenders Dael Fry and Daniel Ayala are out for the season. Captain George Friend is also out for the remaining games. Lewis Wing and Sam McQueen are out and have no timeframe for their come back.

He is their first-choice keeper and should be in goal on Monday.

Did well on Friday and expected him to start on Monday on the right-hand side of a three-man central defence.

In the absence of Fry and Ayala, Flint has to continue to lead the back line and ensure Boro remain watertight.

In the absence of several first-choice defenders, Shotton was deployed as a left-sided centre-back against Stoke City and he did a decent job. Expect him to start there on Monday.

Howson was deployed as the right wing-back against Potters and he did well. It won’t be a surprise to see him in that position on Monday.

Clayton would look to keep ticking the play over from the midfield and help the team out in attack when possible.

The former Chelsea man has the job of sitting in front of the back line and dictating the tempo of the game. He would be required to do that in this game as well.

The Everton loanee struggled at times on Friday. Boro fans would hope he fares better.

George Saville didn’t have much impact in the game against Stoke. Hence, we could see Downing start as the left wing-back. 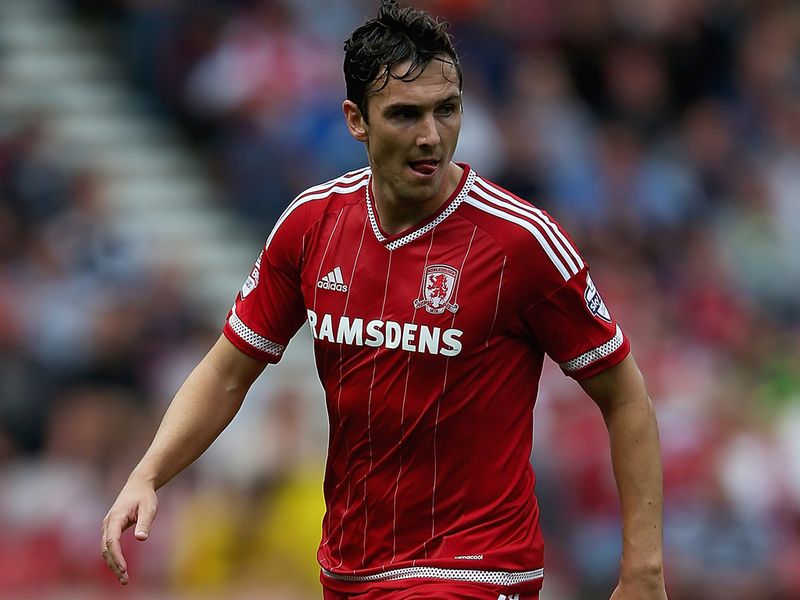 Ashley Fletcher was another player who failed to harness much impact on Friday. Thus, we can see Hugill replacing him for the Forest game.

He scored the winner against Stoke and should lead the line here. 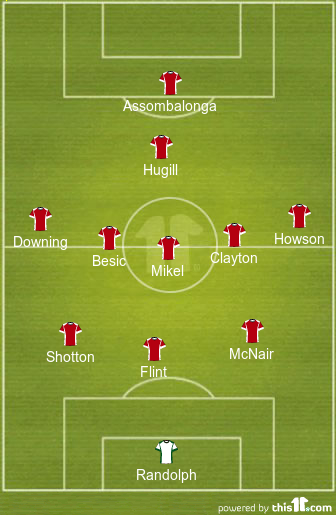