Predicted Norwich City line-up to face Brentford in the Championship

Norwich City will aim to kickstart 2019 on a high when they travel to Griffin Park to face Brentford on Tuesday in the Championship.

Daniel Farke’s side were beaten 4-3 by Derby County last weekend that ended the Canaries’ 12-game unbeaten run. Barring the defeat to Derby, Norwich City are in a good run of form and head to west London placed second in the Championship.

Brentford, meanwhile, will look to build on their goalless draw against Birmingham City when they face Norwich on Tuesday.

Emi Buendia and Jamal Lewis have joined Moritz Leitner on the sidelines until mid-January.

Krul is the undisputed No.1 in goal for Farke and the Dutchman will keep his place in the team.

Hanley is the real leader of the team and needs to be introduced against Brentford.

Strong in the air and powerful in the tackle, Klose will look to keep things tight at the back.

Godfrey did well at left-back against Derby County but he’s more effective centrally. Hence, he could be a part of the three-man backline on Tuesday.

With the high-flying Lewis out injured, Aarons could be given a role at left wing-back.

At right wing-back, there could be a league debut for on-loan Borussia Dortmund man Felix Passlack.

With Leitner sidelined, Vrancic could start again in central midfield.

Tettey sits deep, protects the back-four, breaks the opposition’s play and gives the license to the attacking players to express themselves.

Stiepermann is a creative player who will look to get into pockets of spaces and influence the game. 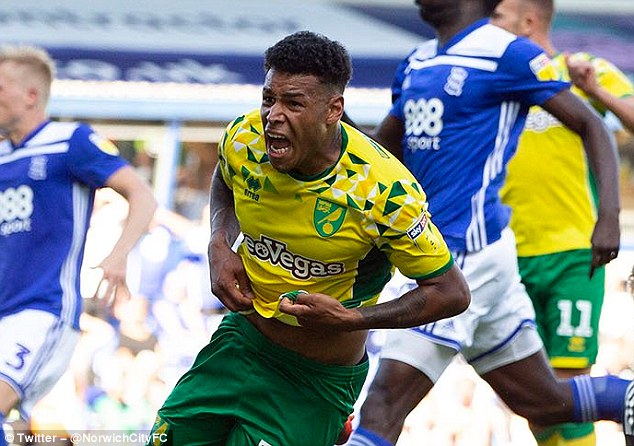 Blessed with explosive pace and dribbling skills, Hernandez could be a real handful for the Brentford defenders on Tuesday.

The team’s most potent threat going forward, Pukki will look to continue his rich goalscoring form. 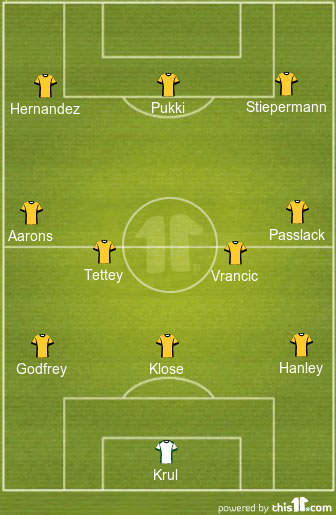