Newcastle United will be eager to keep their good form going when they face Fulham at St.James’ Park this Saturday in an important Premier League game. The Magpies have won three of their last six league games, moving to 14th in the table, four points clear of the relegation zone.

They are up against a Fulham side who are just rock bottom in everything at the moment. However, Claudio Ranieri’s men will be looking to put some sort of performance when they visit the north-east this weekend. Hence, it won’t be easy for Rafa Benitez’s men.

Federico Fernandez had a calf/shin issue in the game against Wolves. He will be touch and go for this game. Florian Lejeune is slowly recovering from the long-term injury. Jonjo Shelvey is still out, while Kenedy won’t recover for this match. 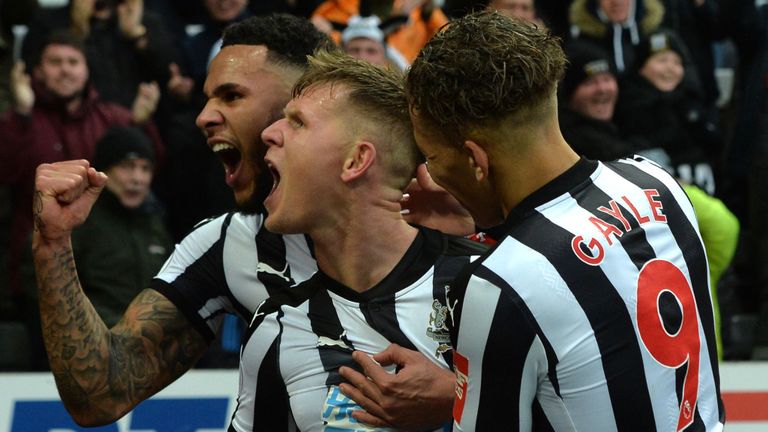 His saves are always important to the team, making him a vital cog in the wheel. Without Dubravka, Newcastle would be doomed in some games.

He was a part of a three-man central defence that kept a clean sheet away at Huddersfield last week. Expect that trio to start again.

The captain has been in decent form at the back after returning from injury. He will be aiming for another clean sheet.

Clark has been solid and secure at the back. He is always a threat from set-pieces.

After being suspended for the previous game, the American is expected to take his place back at right wing-back.

He has been one of the mainstays in the team this season. Diame’s work rate on and off the ball has been superb.

The South Korean has done well since replacing Shelvey in the midfield.

The Welshman could return to the line-up at left wing-back, partly because Kenedy is injured for this game. 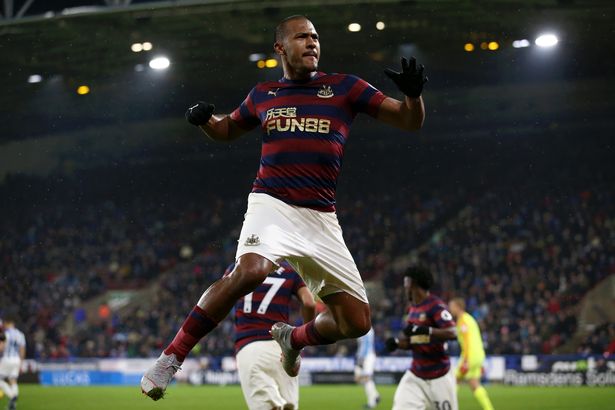 The ex-Bournemouth man is expected to be back in the line-up, hugging one side of the touchline and delivering crosses into the box.

The Spaniard has been in good form in the past month or so. He starts every league game given his form.

The Venezuelan has been a fantastic addition to the team. He is a proper centre-forward who is doing well for the team. 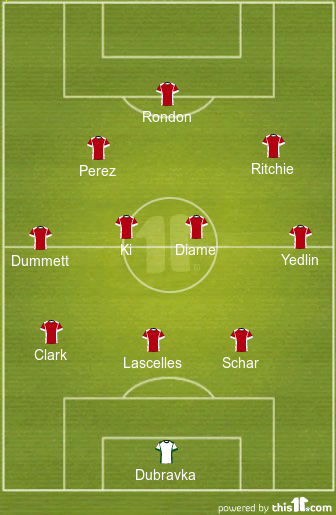