Sheffield United will lock horns with West Brom at the Bramall Lane on Friday as Chris Wilder looks to build on from the 2-0 victory over Reading.

The Blades won 2-0 at Reading in the last Championship game and will eye another three crucial points on Friday.

The promotion race is getting hotter with every passing week, so Sheffield United have to keep up the pace before time runs out for them. They’ll face a stern test against West Brom, who are also one of the promotion contenders this season.

Leon Clarke is currently undergoing intensive recovery sessions as the club pushes him to be fit for West Brom clash.

Other than Clarke, Wilder has no injury issues ahead of the game.

Henderson has been a stellar performer between the sticks for Sheffield United. He is one of the first names on the team sheet.

Basham has been a regular fixture in the Blades team this season. He is a certain starter on Friday.

Egan is an assured defender who tends to keep things tight at the back. A leader and a fantastic organiser, he is set to start against West Brom.

O’Connell is another rock at the back for United. He completes the back-three for Wilder’s team.

Baldock will look to give width to the Blades from the right wing-back position.

Stevens is arguably the best full-back Wilder has in his squad. He is a definite starter for Friday’s game.

Fleck brings calmness to the midfield and is the ideal partner for Norwood.

A classy operator of the ball, Norwood has the ability to pick out a pass and create things out of nothing. He has been a fantastic performer for the Blades so far this season.

Duffy basically links the play between the midfield and the attack. He is a tireless worker on the field and gives 100% every time he plays. 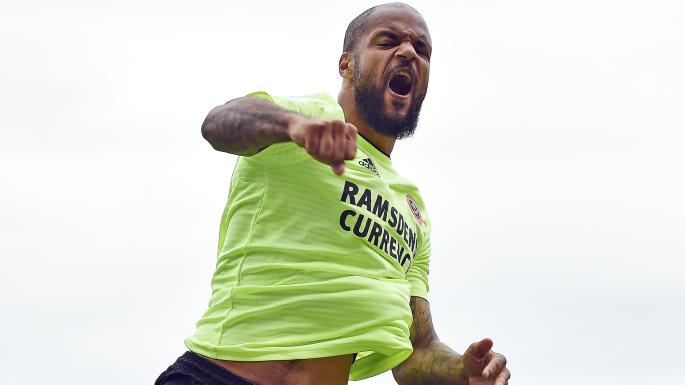 McGoldrick could start up front for United and his understanding with Sharp could cause problems for the West Brom backline.

Sharp has been Blades’ chief source of goals this season and should get the nod ahead of Washington for the highly-anticipated West Brom clash. 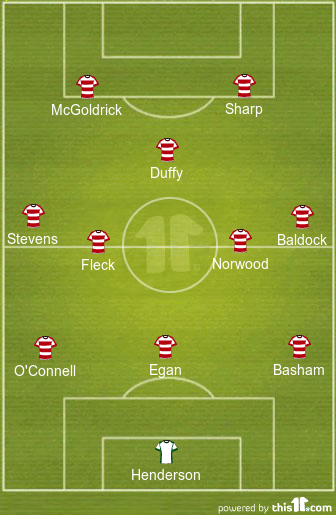