Predicted Sheffield United line-up to face Middlesbrough in the Championship

Sheffield United will welcome fellow promotion chasers Middlesbrough to the Bramall Lane on Wednesday, hoping to get back to winning ways.

The Blades will be kicking themselves after surrendering a 3-0 lead in nine minutes to draw 3-3 at Aston Villa. Chris Wilder would have been disgusted with how things ended at Villa Park.

Middlesbrough, on the other hand, settled for a 1-1 draw with Leeds United at the weekend that left them at fifth place on the table.

Sheffield United have no injuries or suspensions ahead of Wednesday’s game. 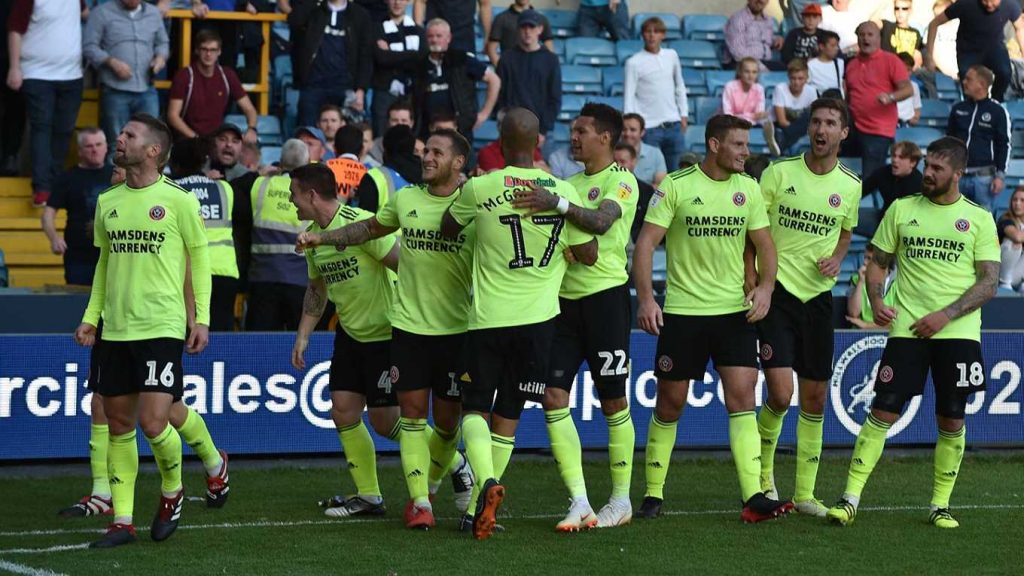 Henderson was at fault for two of the Aston Villa goals in the 3-3 draw at the weekend. He will look to put the nightmare behind and put in a strong display against Middlesbrough.

Basham continues to be an important part of the Blades’ three-man backline. He is expected to start on Wednesday.

Egan has been a rock at the back for Sheffield United this season. Due to his strength and power, he is a very difficult defender to get past.

Another powerful centre-back, O’Connell loves to be adventurous on the ball and initiate attacks from the back.

Stevens has been a consistent performer at left wing-back for the Blades this season. He is a certain starter against Middlesbrough.

Baldock has been in and out of the team this campaign. He will look to put in a stellar display at right wing-back in the midweek.

The most important piece in the United engine room, Norwood controls the game with his passing and tackling abilities, and comes up with crucial goals as well.

Fleck is a tenacious customer who adds a lot of energy and intensity to United’s play. He is one of the first names on the team sheet.

Dowell has shown that he can be a very crucial player for the Blades in their pursuit of promotion. A creative player, he will look to link the play between the midfield and the attack.

Madine has brought a different dimension to United’s play with his physicality. He is expected to retain his place in the team.

Fresh from his brilliant hat-trick against Aston Villa, Sharp will be desperate to get his team to all three points against Boro at home. 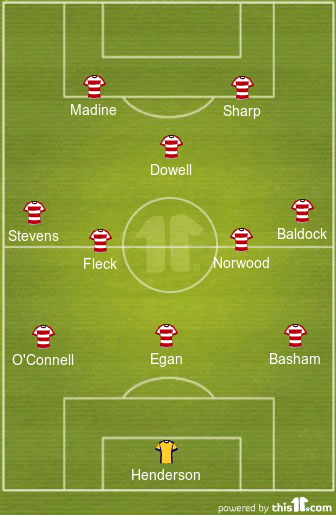