According to various reports, Liverpool have identified Colombian playmaker James Rodriguez as the man to replace the departed Philippe Coutinho and have sounded out the player’s club, Real Madrid, over the possibility of a move.

The 26-year-old Rodriguez is currently on a two-year loan spell with German champions Bayern Munich, having moved to the Allianz Arena in the summer of 2017. With still 18 months of his loan deal remaining, Madrid will have to cut it short for Liverpool to make a swoop for the player.

James, this season has managed 3 goals and 5 assists in 20 games across all competitions. Liverpool were linked with a move for the playmaker back in the summer window as well, and now they could be set to move for him once again, with manager Jurgen Klopp having already given the green signal. However, Real Madrid are keen to retrieve most of the lofty £70m they paid Monaco for the Colombian’s services.

If it so happens that James does end up signing for the Merseysiders, let’s take a look at how they might line up with the Colombian star in the team:

The German has been given a chance to prove himself as the No.1 by the manager and despite his struggles, he has the quality to remain there for a long time.

Has well and truly established himself as the first-choice right-back in the squad during the injury-enforced absence of Nathaniel Clyne. Unlikely to change even after the former Southampton man’s return.

An undisputed starter in the heart of the defence for the Reds. He hasn’t been as good as he was in his debut campaign but is still a reliable option.

Having spent a club-record £75million on the Dutchman, he will be expected to take the field week in week out in order to address the defensive problems that have plagued the Reds.

The Scottish international has flourished over the past month or so, having received regular opportunities in the absence of Alberto Moreno. Should continue at left-back.

Slowly but surely, the former Arsenal midfielder is proving his value to the Liverpool team. If he keeps performing like he did against Manchester City, there is no stopping him.

The German’s future continues to be a subject of discussion but he has performed admirably despite all the distractions. With Jordan Henderson struggling for fitness, he could be Liverpool’s deepest midfielder, at least until the summer.

If signed, James could find himself slotted in straight into the position that Coutinho was playing in. Klopp might even look to tinker with the formation a little and play him as a No.10, in a 4-2-3-1, with the Ox and Can acting as the pivots. There’s no question about James’ quality and given his eye for a pass and the knack for scoring goals, he could be a hit at the Anfield. 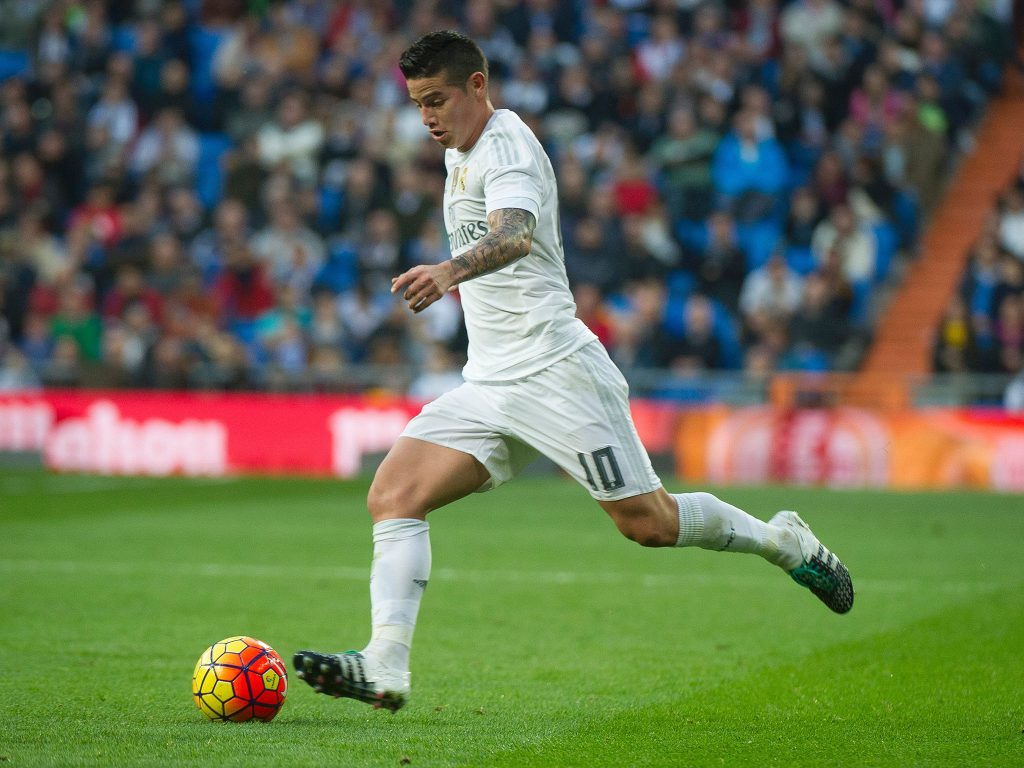 Easily the signing of the season, the Egyptian has taken the Premier League by storm in his second stint in England. Unstoppable on current form and is irremovable from the line-up.

For all who clamoured for Liverpool to sign an out and out striker, Firmino has made sure he has silenced everyone with his performances, having outscored the likes of Alvaro Morata and Alexandre Lacazette. He is an integral part of this Liverpool setup.

Completing the attacking trident for the Reds will be Sadio Mane. Hasn’t been as rampant as he was last campaign but he still has enough quality to turn games around single-handedly.