How Swansea could line up with Nicolas Gaitan In The Team

Swansea City have been linked with signing Nicolas Gaitan from Atletico Madrid for quite some time now. They are reportedly ready to offer £120,000-a-week for the player to join them on loan. With the January window up and running, strengthening the attack will have to be a key part of Carlos Carvalhal’s plans and with that in mind, the 29-year-old winger is understood to be a priority target for the new manager. Gaitan has also attracted attention from quite a few Premier League clubs but as of now, the Swans are understood to be the frontrunners.

The bottom-placed side started the season on a dismal note but their performances only worsened as days went by. Several managers got sacked since November and Paul Clement had to bite the dust eventually. Carvalhal was brought in as a replacement and this ongoing transfer window will prove to be a crucial time as he embarks on the gargantuan task of rebuilding the club.

More than anything else, it is quite evident that Swansea are in dire need of attackers. Even on days when they performed decently on other fronts, they were let down by their attack. However, it must be noted that they have shown encouraging signs lately. 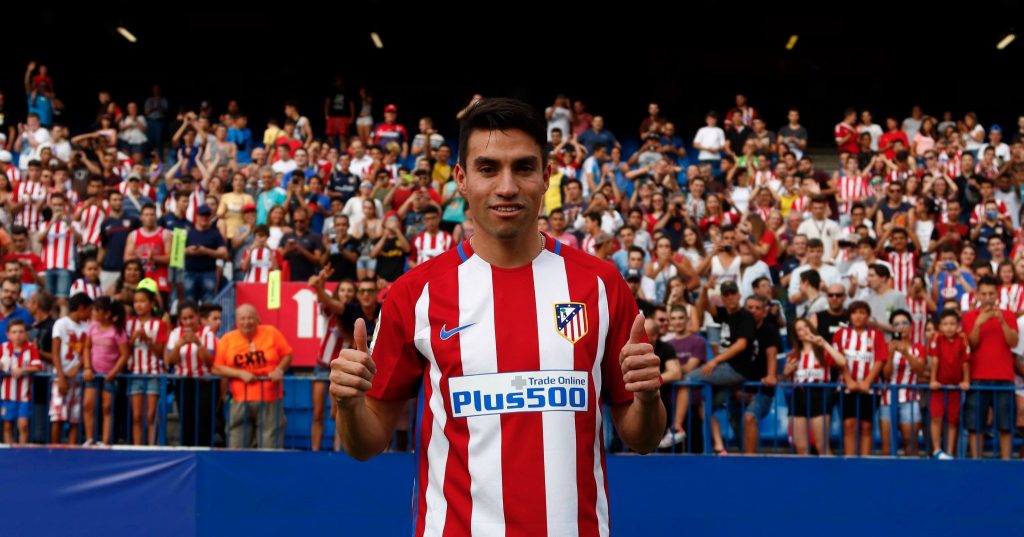 For example, they beat Liverpool in their last Premier League encounter and even won against a high-flying Wolverhampton Wanderers in an FA Cup clash. These two victories have been quite encouraging but to progress further and remain in the top-flight, Swansea will need a player like Gaitan.

Gaitan can essentially play on either wing, which could provide Carvalhal with greater flexibility when it comes to choosing the attackers. As of now, Nathan Dyer and Luciano Narsingh have been deployed quite frequently on either wing.

In addition to that, Sam Clucas can also play on the left-wing. Recently, the manager also resorted to utilising two strikers against Liverpool – which ultimately paid off. If Gaitan were to be in the mix though, Carvalhal could use either Dyer or Narsingh on either wing along with the Atletico Madrid star in a 3-4-3 formation.

To be fair, Swansea have been quite decent on other fronts in their recent couple of matches. Especially in the victory against Wolves, the team looked strong in the midfield as well as in the defence. Considering how prolific Nuno Espirito Santo’s men have been this season, Swansea’s victory is quite commendable.

Also, once Tammy Abraham is back from his hip injury, the player is likely to get back to leading the line and Gaitan’s creativity coupled with either Dyer’s or Narsingh’s efforts could unlock a lot of scoring opportunities for him.

Hence, signing Gaitan could be a massive step towards helping the Swans launch a solid effort at preserving their Premier League status. Avoiding relegation will have to be their primary focus at present but if they can bring in Gaitan by the end of the window, the club could harbour greater ambitions.