Manchester City returned to the summit of the Premier League after picking up yet another resounding 3-1 victory against Manchester United at the Etihad Stadium. The Champions look unstoppable at this point with Liverpool duly keeping pace with them after beating Fulham at home.

Arsenal and Chelsea stumbled as both were only able to pick up a point this weekend. Tottenham Hotspur did dispatch Crystal Palace, which saw them go one point behind Chelsea, who they face next when the Premier League returns after the break.

Here’s our Premier League team of the week for Matchday 12:

Lloris made a number of important saves against The Eagles in order to ensure Spurs picked up all three points. The French World Cup winner has come under intense scrutiny over the last few weeks due to his inconsistent performances but he definitely played his part during the weekend.

After enduring a horrific outing against Red Star Belgrade, Alexander-Arnold picked out Mohamed Salah who turned in the opening goal against Fulham at Anfield. The youngster was solid defensively and whipped in a number of delicious crosses into the box.

Scored the winner in the dying minutes to hand the Bluebirds all three points. He defended fruitfully on the night and worked hard for the team.

For the second week in a row, Lewis Dunk got on the scoresheet with a towering header. They did lose the game to a Sol Bamba goal in stoppage time but Dunk was stoic throughout the game and gave his all for Brighton on the night.

Robertson and Alexander-Arnold both make the cut for the team of the week. Robertson picked out Xherdan Shaqiri with a sublime crossfield ball that saw the Swiss international slot home from close range. The Scottish full-back was also on point with his defending.

Its a wonder how Chelsea didn’t find the back of the net especially after Hazard started the game. The Belgian came close on a number of occasions and made everything happen for Chelsea as he has done so well this season. Sarri will definitely be frustrated with the result.

Opened the scoring for Pep Guardiola’s men in the Manchester derby. David Silva is always popping up in the right places and has proven to be a hard man to mark in the box. The midfielder has stepped up well and dictated play in Kevin De Bruyne’s absence.

The Brazilian got on the scoresheet once again but his efforts were in vain as the Hammers were only able to pick up a draw against Huddersfield Town. The midfielder has proven to be the driving force in this team and has done brilliantly so far.

Salah really looked lively against the Cottagers. He ran riot around their defenders and took his chance to score. Scoring at Anfield seems almost inevitable for him right now.

Rondon scored both the goals as Rafa Benitez’s men took all three points against an impressive Bournemouth side. The striker has failed to make an impact over the last few weeks, but he was very influential against the Cherries. 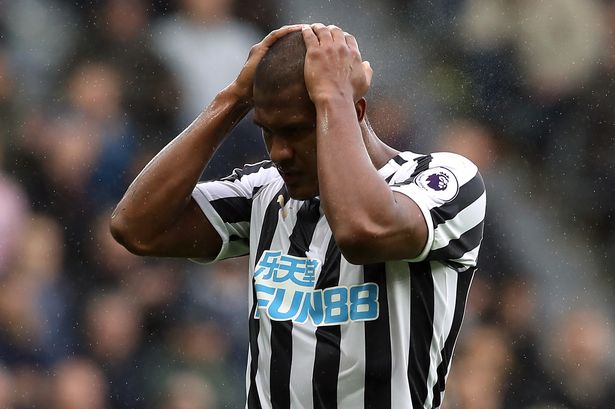 Read more: 12 starts in 12 games – Newcastle are absolutely right in offering a new contract to this key figure

Aguero powered home the second with his new foxy look as the Cityzens romped to a 3-1 victory. The Argentine had failed to score against the Red Devils in the last few games but took his chance well and looked dangerous on the night. 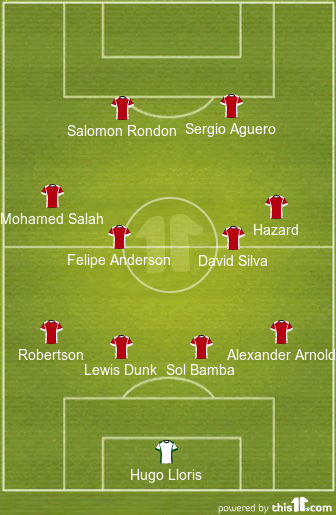