Predicted Derby line-up to face Middlesbrough in the Championship

Derby County travel to the Riverside Stadium to face Middlesbrough in the Championship on Saturday.

The Rams have been excellent post the second international break, winning back-to-back games against Sheffield United and West Brom respectively. Confidence within the Derby County camp would definitely be high after they swatted West Brom 4-1 at the Hawthorns in midweek.

Middlesbrough, meanwhile, have laid down an early marker this season and will pose Derby with a different challenge altogether.

Craig Bryson could miss the game with a calf strain, while George Evans has had a minor hip problem. Meanwhile, Joe Ledley is set for a spell on the sidelines after undergoing a hip operation.

Carson has been a stellar presence in goal for the Rams and should start the game against Middlesbrough.

Bogle has impressed a lot with his attacking displays down the right. He is a certain starter for Saturday’s game.

Keogh has been a towering presence at the back. A leader and a good organiser of the defence, he is expected to retain his place in the starting XI.

Tomori has shown maturity to cope with the pressure of the division and should start alongside Keogh in central defence.

Put in an excellent performance in the midweek victory over West Brom. He is expected to start ahead of Forsyth at left-back.

Huddlestone’s experience would be needed in the middle of the park against Boro. He is a good passer and is adept at breaking the opposition’s play.

Mount has been impressive in a Derby shirt since joining the club. He has nailed down a regular place in the line-up.

Derby’s in-form player at the moment, Wilson is an intelligent player who knows to pick up important spaces behind the defenders. He is a certain starter for Saturday’s game.

On the right, it could be Bennett ahead of Waghorn. Bennett is an industrious player known for his explosive pace and directness. 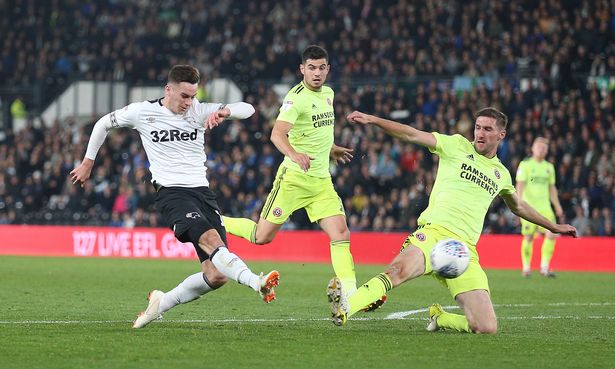 He is slowly starting to get into the groove once again. A goal in the midweek would have given Lawrence a lot of confidence.

Marriott is finally starting to find his stride in the Championship. He has been amongst the goals for Derby of late, which has rewarded him with regular starts. 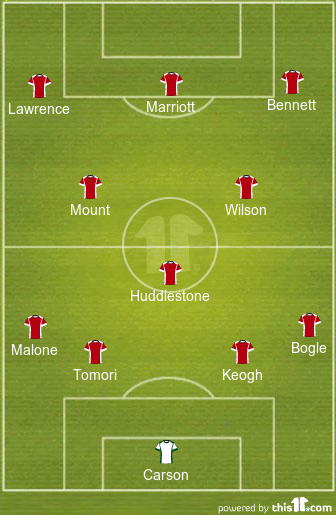