Rangers picked up an important 3-1 win against league leaders Hearts just before the international break. Steven Gerrard’s men are now at 6th place on the table and will be aiming to climb higher when they travel to the Hope CBD Stadium this weekend.

The Gers take on Hamilton Medical and another win would do Gerrard a world of good. Hamilton have conceded a whopping 16 goals, which gives the former Liverpool captain a good chance to capitalise on.

Gerrard will be unable to field Kyle Lafferty for this game after the attacker was withdrawn from the national team due to an injury. The Irish FA will not allow the player to be fielded for a further five days.

McGregor will continue in goal with the goalkeeper enjoying a stellar campaign so far.

He has flourished under the mentorship of Steven Gerrard and will retain his place at right-back.

He has proven to a massive asset for the Gers this season. A great signing for the Scottish outfit.

He has been an able partner to Connor Goldson at the back. He will once again be deployed in central defence.

His marauding runs down the flank have been of great use to the Rangers.

The midfielder has to be at his best in this game. His work rate and defensive contribution have been very good for the Rangers.

He is yet to hit full throttle this season but has shown his quality in glimpses. Candeias needs to show more consistency.

Arfield was superb in the last game against Hearts and he will continue to pull the strings in advanced midfield.

Kent should return to his favoured left-wing role for this game as well. His pace and energy will be needed for this fixture.

Read more: Forget it Gerrard – Rangers must go all out to hold onto this key 26-year-old amidst Premier League interest

The focal point and the most potent threat the Rangers currently possess. There’s every chance he’ll get on the scoresheet. 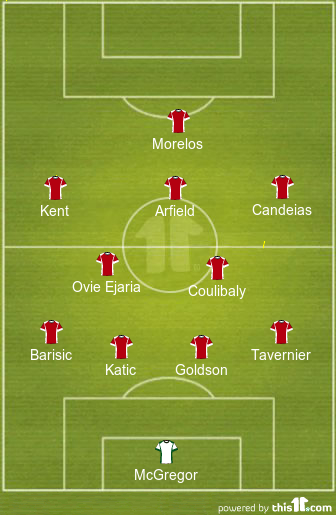