Predicted Arsenal line-up to face Blackpool in the League Cup

Arsenal will be aiming to move to move into the next round of the League Cup when they face Blackpool at the Emirates Stadium on Wednesday. Unai Emery’s men are boasting a 12-game unbeaten run and look high on confidence right now.

Blackpool are struggling in League One and find themselves at 12th place in the table. It will be a huge task for them to beat Arsenal away from home. The Gunners should be expecting an easy win before the game against Liverpool at the weekend.

Nacho Monreal and Sead Kolasinac are suffering from a hamstring injury. Hector Bellerin was taken off at half-time against Crystal Palace as he had a muscular pain. Petr Cech is back fit and might start this game.

Bernd Leno seems to be the first-choice keeper for Emery now, but Cech could play this cup tie. 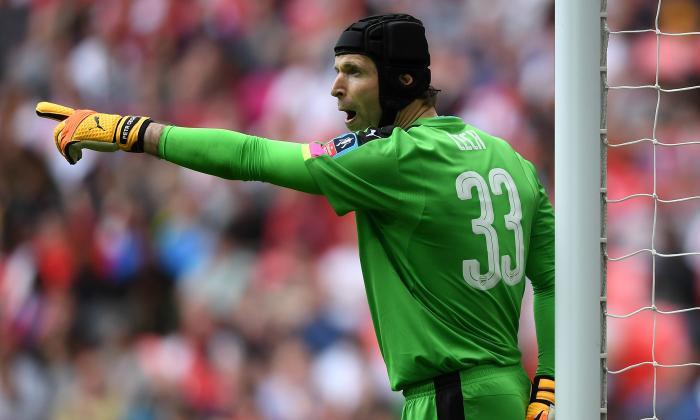 Bellerin has an injury niggle, so expect Lichtsteiner to start at right-back.

The Greek international didn’t feature against Palace after returning from injury. He should play this game.

The youngster has taken his chances this season and has performed well. Expect him to partner Sokratis on Wednesday.

The youngster has recovered from an injury which he suffered against Manchester City in August. This might be his comeback game.

The Egyptian is down the pecking order in the midfield, hence, he could only get his chance in the cup games.

With Lucas Torreira and Granit Xhaka expected to get a rest, Guendouzi could partner Elneny in central midfield.

The teenager has shown promise whenever he has been given the opportunity. He could get another chance to shine against Blackpool.

The Welshman is not a regular starter in the league games, hence, he should start this match ahead of Mesut Ozil as a No.10.

The Armenian has struggled for form this season. This game is a good chance for him to regain his magical touch.

Read More: Arsenal left-back woes would vanish if they sign this 27-year-old Serie A star in January

Welbeck has been a fine second-choice striker for the Gunners. He has come up with goals in the cup games. Expect him to lead the line on Wednesday. 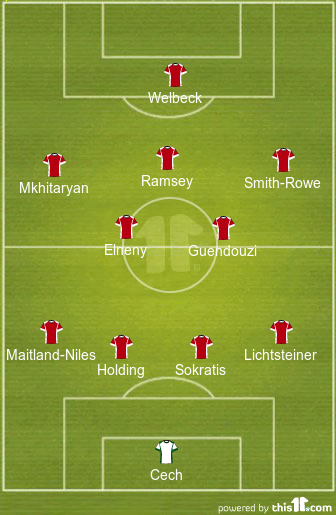