Sheffield United will be hoping to get back to winning ways in the Championship on Tuesday when they welcome Stoke City to the Bramall Lane.

The Blades come into the game on the back of a disappointing 2-1 defeat at Derby County which saw them relinquish their top spot in the table.

Chris Wilder’s side currently lie at second place in the Championship table after 13 league games, while their opponents, Stoke City are in 17th place. They come into this game on the back of a 1-0 defeat to Birmingham City.

Chris Wilder will have a full squad to choose his line-up from on Tuesday. There are no injury concerns and Jake Wright is back in training after breaking his cheekbone back in July.

Meanwhile, Chris Basham has to be careful as he is just a booking away from a one-game suspension.

Henderson has established himself as the No.1 in goal. He is expected to retain his place in the team.

Basham scored in the 2-1 defeat at Derby last weekend and would be hoping to get on the scoresheet again.

Egan has been a pillar at the back for Sheffield United this season. He is a certain starter against Stoke City.

O’Connell is a ball-playing defender who has the ability to start attacks from the back. He is a solid player to deal with and has been an ever-present figure in United’s really good start to the season.

A quick and industrious player, Stevens is flourishing in the left wing-back role. He is brimming with confidence at the moment following his consistent displays on the left.

Freeman is an attacking wing-back who provides the forwards with a lot of crosses in the box. He is a certain starter on Tuesday.

Norwood has been a top summer acquisition for the Blades as he has brought a sense of stability and calmness in the midfield. A very good passer of the ball, Norwood is expected to retain his place in the starting XI.

Fleck continues to be the ideal partner for Norwood in the midfield as he protects the backline and also contributes to the team’s attack.

Duffy is the ideal No.10 for the team as he links the midfield and the attack. He is a crucial cog in the Sheffield United team. 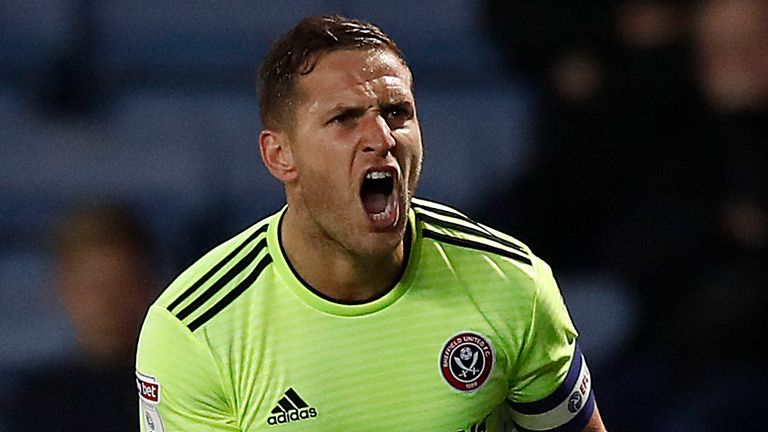 United’s chief source of goals, Sharp will be itching to get on the scoresheet against Stoke after missing out against Derby.

Partnering Sharp up top should be McGoldrick, who needs a goal to get back his confidence. 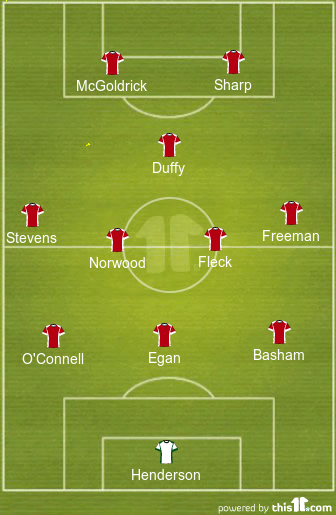