Another week of the Championship has gone by with expected drama unfolding and loads of place-switching in the table to make the promotion race as enticing as ever. While the league leaders and the second-placed, Norwich City and Leeds United respectively, won their games to keep their places intact, West Brom and Middlesbrough slip up by getting a draw.

Derby County won their game to get to 4th in the table, while Sheffield United returned to winning ways and took up the 3rd position in the table. Aston Villa are slowly making their way upwards as well, making it an interesting race for top-flight promotion week after week. We shouldn’t be surprised if this marathon endures turning points on a weekly basis till the final matchday.

Here’s the team of the week:

Championship team of the week

He was a key part in Preston North End’s shock 1-0 win away at Nottingham Forest. The keeper made some fine stops to deny the home side.

Assisted the only goal of the game and was impressive at right-back for the Rams, as they beat Wigan away from home.

He was a secured presence at the back for Rovers against a strong Middlesbrough team.

Egan was fantastic at the back for United, as they won and kept a clean sheet away from home at Reading.

The Dutchman was impressive at left-back, assisting one of the goals and helping the team maintain a clean sheet against Ipswich Town.

Scored a brace against West Brom and looked a real threat in wide areas for the Villans.

The German was fantastic in the midfield for the Canaries and scored a good goal to cap his performance.

The midfielder was impressive for Rotherham against Sheffield Wednesday. He netted the goal to epitomise his confident performance.

Scored the early goal for the Tigers and was a real threat for them in the game against Millwall.

Scored the brace against QPR and looked a real threat in behind the defenders throughout the game.

Read More: Aston Villa holding onto this wantaway star should be an absolute no-brainer for Dean Smith – Opinion

Joao netted a brace against Rotherham United and was a constant menace to the opposition defence. 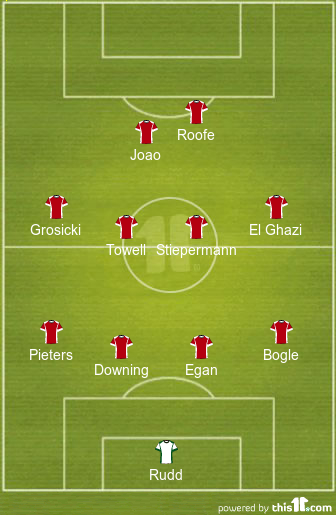