Championship Team of the Week: Match-Day 15

Another match-day in the Championship has passed by with some exciting games and interesting results. The table swung a few places for many teams, a few in the positive direction, and the rest going further down the standings.

Sheffield United are the league leaders, while Ipswich Town are right down at the bottom. Aston Villa continued their struggle, Leeds United got a controversial equaliser against Nottingham Forest. Derby County and Middlesbrough played out a 1-1 draw in a game where both teams scored own goals. In short, a match-day full of drama and chaos.

Here’s the Championship team of the week:

Manager of the Week – Chris Wilder

Made a couple of good saves to keep a deserving clean sheet in an away game against Bristol City. A very good outing for the England international.

Klose was solid at the back and he was a part of the Norwich defence, who kept an impressive Brentford team at bay.

The loanee from Aston Villa has been doing well since his arrival at Hull, his performance was fantastic against Bolton where the Tigers won 1-0 away from home.

A fabulous performance from the left-back who assisted Birmingham’s third goal against Sheffield Wednesday.

Scored a great goal against Brentford and looked a class act throughout the game. An imperious signing made by Norwich.

Scored the equaliser against West Brom, which proved to be decisive in the end. His overall performance was up to the mark as well.

The youngster again had an impactful outing, this time against a tough Middlesbrough side. He continues to impress.

Always probing and making runs in behind to trouble the Bolton defence on the counter. By his standards, it was a quiet game but he still threatened the opposition defence.

Scored the hat-trick and looked a menace up top for Sheffield United against Wigan Athletic.

The youngster scored a brace to push Swansea to a 2-0 win over Reading. An impressive outing. 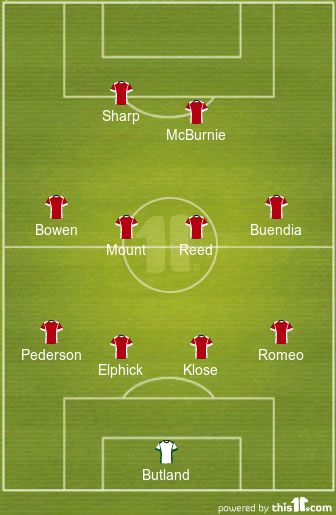