Douglas, 28, signed a two-year-deal with Wolves from Turkish club Konyaspor last season, with an option for an extra year. He starred last season, scoring 3 goals and providing 14 assists as Wolves romped to the Championship title.

But with the arrival of Spanish wing-back Jonny Castro on a season-loan loan from Atletico Madrid, Wolves manager Nuno Espirito Santo has sanctioned the sale of Douglas to Leeds.

Douglas has one cap for Scotland and is set to become Marcelo Bielsa’s first permanent signing since taking charge at Elland Road.

Without further delay, let us have a look at Leeds United line-up with Barry Douglas in the team.

Leeds have signed Jamal Blackman on loan from Chelsea but Bielsa must go with the young Bailey-Peacock Farrell, who was superb after forcing his way into the first-team in the second half of last season’s Championship.

Ayling looks to be tailor-made for Bielsa’s system and style of play. Phenomenal work rate and engine, he would be an important player in the upcoming season.

Liam Cooper endured a difficult 2017/18 campaign but could redeem himself under Bielsa.

Bielsa has shown a tendency to use full-backs in central defence and Berardi is the obvious choice in the current scheme of things at Leeds.

Dallas is an attacking full-back who will certainly thrive in Bielsa’s high-pressing system of getting forward, supporting the wingers and stretching the opposition defence.

Douglas provided an exceptional 14 assists from his left wing-back role and also managed 3 goals for Wolves last term. He was a menace with his set-pieces and the way the Scotsman played is exactly what Bielsa will want from a left wing-back in the 2018/19 season. 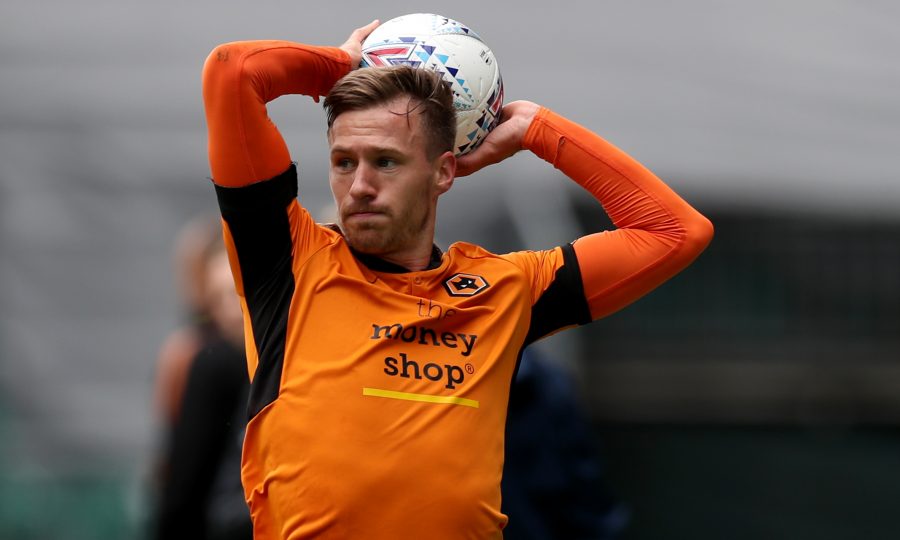 In Bielsa’s distinctive system, the role of a holding midfielder is the most important one as he will be the one responsible for the team’s transition of play from defence to the attack. The experienced Forshaw looks ideal for that role as he is a good passer of the ball, capable of constantly running the show.

There is no player in the Leeds squad who boasts the same natural ability as Samu Saiz. When in form, he can be an absolute terror for the Championship defenders with his trickery and vision. If Bielsa can make the Spaniard perform consistently for the whole season, he is likely to have a key role in their promotion push.

A typically hard-working player who looks perfect for Bielsa’s high-intensity style of play. If the Macedonian can bring a little bit of guile to back his top work-rate, he can become a dangerous prospect for the Championship defenders.

Leeds’ creative wizard, Pablo Hernandez continues to prove that he has an enormous amount of quality heading into the twilight of his career. He could be a key player for Bielsa in the forthcoming season.

Read more: This 21-goal Championship star could be the answer to Leeds United’s left-back woes

If Bielsa fails to find a new striker for Leeds, Kemar Roofe could be the one then to lead the attack. He is a versatile footballer, although the 25-year-old does need to work on his finishing.