With big names such as Ronaldo, Suarez and Messi in their 30s, the future of world football will be interesting. Here is an XI of players under the age of 22 who will make the headlines in the coming years.

The eventual heir to Gigi Buffon’s throne, Donnarumma has been hugely impressive for AC Milan since making his debut in October 2015. Still only 19, the youngster has a long career in front of him and he should look to emulate Buffon. 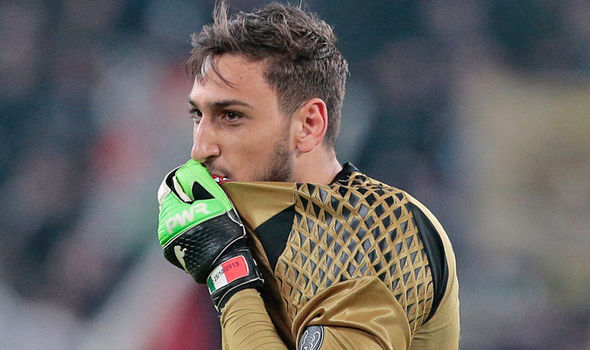 The 20-year-old has impressed on multiple occasions for Liverpool this campaign. Alexander-Arnold has featured 18 times so far in the Premier League this season and is a brilliant prospect.

The Dutchman is one of the most sought out youngsters in world football today. In fact, de Ligt has been heavily linked with French Champions PSG and La Liga giants Barcelona for a fee in excess of €70 million. The 19-year-old has been touted to be one of the best in the world in the coming years.

The RB Leipzig cenre-half is the first choice at the Bundesliga club at just 20 years of age. Upamecano has massively impressed with his reading, positioning and decision making on the pitch and is one of the brightest French prospects out there.

The 21-year-old left-back is currently on loan at Real Sociedad from Real Madrid. Hernandez is considered as the long term replacement for Marcelo and he has all the ability to succeed.

Barcelona’s latest multi-million-pound recruit Frenkie de Jong is arguably the best midfielder of his age. The Catalan giants paid  €75 million for the 21-year-old in January and de Jong will make the switch to Spain in the summer. The 21-year-old Portuguese midfielder played a massive part in Wolves’ promotion to the Premier League this season. His technique, vision and control over the ball combined with his deadly long shots make him an exciting prospect for the future.

The 21-year-old Jamaican starlet did wonders in the Bundesliga last season with Bayer Leverkusen. Bailey scored 9 goals and picked up 6 assists at just 20 years of age and rose to the spotlight.

Manchester’s City’s loss turned out to be Borussia Dortmund’s gain as the 18-year-old has taken the German top flight by storm. Sancho has scored 7 goals and has picked up 11 assists so far this season and the numbers prove to the world that he is the next big thing coming out of England. The 21-year-old Benfica forward is on loan at Eintracht Frankfurt and has caught the headlines for the right reasons. Jovic has scored 14 times this season and tops the Bundesliga charts ahead of the likes of Robert Lewandowski and Marco Reus.

Arguably the biggest name on the list, Kylian Mbappe has achieved a lot already at just 20. The PSG star is the first teenager to score in the World Cup final since the legendary Pele and is touted to be the absolute best in the world by fans and pundits alike.