Why Taras Romanczuk could be a good addition for Leeds United

Leeds United have had a £1.2million offer rejected for Polish midfielder Taras Romanczuk, as per reports from the Daily Mail.

The 26-year-old, who plies his trade for Jagiellonia Bialystok back in his homeland, has emerged as a target for the Whites but their approach has been rebuffed by his current employers. Leeds have already added a midfielder to their ranks this summer, signing promising Englishman Lewis Baker on a season-long loan from Chelsea.

Leeds also have the likes of Kalvin Phillips, Ronaldo Vieira, Adam Forshaw and Eunan O’Kane, along with Mateusz Klich and Yosuke Ideguchi, who are returning after loan spells. With so many options at hand, the central midfield area looks more than well-stocked for Marcelo Bielsa‘s side. 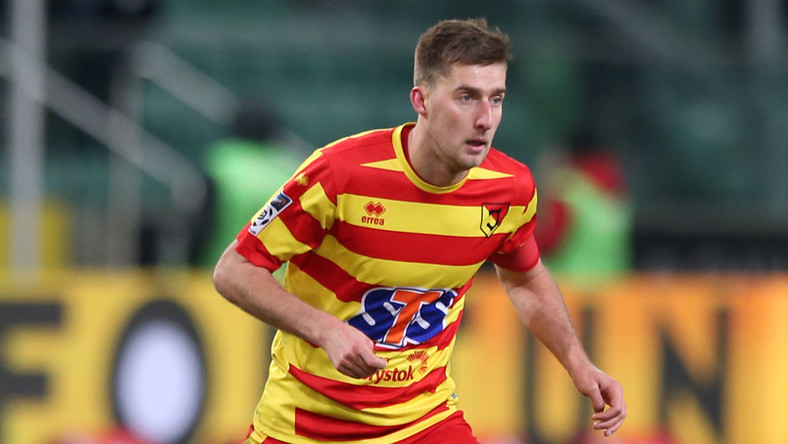 There were question marks over the Klich’s heading into the new campaign, but following a strong pre-season under the new manager, he should be involved with the first-team. Ideguchi too must be retained by the club.

However, O’Kane seems to be headed for the exit doors, after playing for the U23s in the pre-season. And with Bielsa’s intentions of using Phillips as a centre-back, a case can be made for the club to bring in another defensive midfielder before the transfer window shuts down.

Is Romanczuk their man though? Leeds have heavily relied on foreign recruits under the leadership of director Victor Orta in the past year and that hasn’t always gone down too well for the club. A number of Orta’s foreign imports – Caleb Ekuban, Jay-Ray Grot, Pawel Cibicki and Laurens De Bock to name a few, have failed spectacularly.

But Romanczuk has the ability to be different from the previous failures and make a difference for the Whites. The 26-year-old has been with Jagiellonia since 2014 and has gone on to rack up 144 appearances for the Polish top-tier club, netting 18 goals in the process and setting up 10 more.

The midfielder enjoyed a solid season in the 2017/18 campaign, finishing with 6 goals and 4 assists in 38 games across all competitions. In fact, his exploits helped the club to the second spot in the Polish top-tier. Those are pretty impressive numbers for someone who played the entire season in the defensive anchor role.

With the 2018/19 season already underway in Poland, Romanczuk has made two league appearances and has also featured in the club’s UEFA Europa League qualifying second round tie against Rio Ave.

Romanczuk’s impressive performances for the club earned him his first international cap for Poland in March, during a friendly against South Korea. However, he did not make the cut for the 23-man squad for the summer’s World Cup.

The 26-year-old might not be the biggest name in football, but he is someone whose career has been on the rise over the past couple of years. A consistent performer for Jagiellonia, Romanczuk was handed the captain’s armband last season and he led the team admirably, setting a great example for his teammates.

And that could prove to be extremely useful for this Leeds side. They clearly lacked a commanding presence in the middle of the park in the previous campaign. Furthermore, the midfielder’s defensive nous and physical presence in the middle, along with the fact that he can chip in with a good number of goals, makes him an enticing prospect.

Read More: Leeds United could solve their goalscoring woes by spending £3.6m on this 12-goal beast

There will be apprehension among the fans, considering how the foreign transfer policy hasn’t exactly paid great dividends in the recent past. But Romanczuk is entering the best years of his career and he could end up being a great bargain for Leeds this summer.