Marcelo Bielsa could finally fulfil the dreams of thousands of Leeds fans by bringing the club back to the Premier League. The Peacocks currently sit in second place, just 2 points behind league leaders Norwich City.

If everything goes to plan, Bielsa will be managing Leeds in the Premier League next season and to stay there, he will need reinforcements in the summer. One of the first positions the Argentine needs to address is his holding midfield role.

Englishman Kalvin Phillips has made that role his own but in a tougher competition like the Premier League, he will need help. Bielsa, as previously seen with the likes of Ander Herrera, Dimitri Payet and Aymeric Laporte, has an eye for the development of young talent and Benfica’s Florentino Luis should be next on his list. 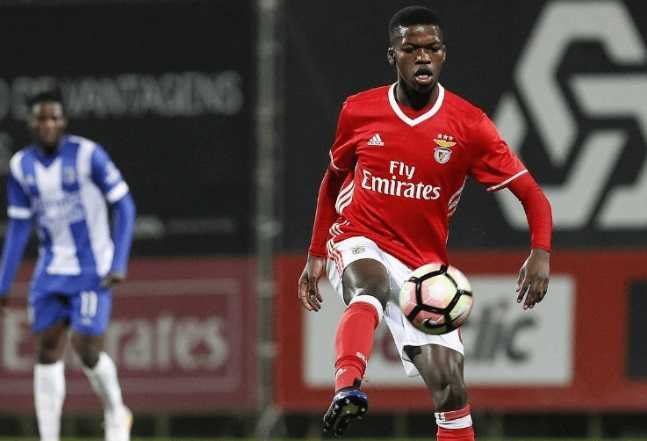 A part of Portugal’s golden generation that won the U17 and U19 European championships, Florentino Luis was promoted to Benfica’s first-team in January. Having impressed in his 20 games for the club’s B team, manager Bruno Lage gave him his senior debut against Nacional, where he came on as a substitute for the last 30 minutes.

The 19-year-old bossed the game, completing over 93% of his chances and made 6 tackles – more than anyone else on the pitch despite playing 60 minutes less. His outstanding performance gave him his first start for the club, this time in the Europa League against Turkish big boys Galatasaray.

Luis caught the eye again after one of the best performances by a teenager in Europa League history. The midfielder made 2 key passes, won 2 aerial duels, made 7 successful ball recoveries, 5 tackles and 6 interceptions. The youngster was awarded the Man of the Match award in a 2-1 victory for Lade’s men. (Football Talent Scout)

Luis, when played as a No. 6, comfortably covers the midfield and provides protection to the defence. His positional awareness is brilliant and defensively, he is always at the right place at the right time.

His tackles and recoveries speak volumes of his abilities as a midfield destroyer and he combines that with incredible composure on the ball.

Another incredible trait that Luis possesses is his ability to occupy lateral positions when there is space behind due to opposition full-backs attacking. His ability to cover that area before the full-back recovers is something that is rarely seen at such a young age.

One thing Luis needs to improve is his offensive ability. The 19-year-old has everything needed to be a brilliant No. 8 and under the Leeds boss, he can make that progression.

If Leeds do get promoted to the Premier League, Bielsa will need a backup in holding midfield. With his ability to groom young players, he should have a look at Florentino Luis.

The Argentine will surely get the best out of the youngster and Luis will provide incredible support in the Peacocks’ midfield.