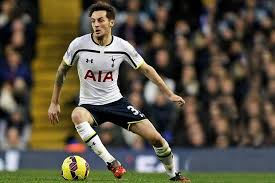 Ryan Mason has not featured for the Hull City since suffering from a life-threatening head injury in January 2017 when he collided with Gary Cahill in the game against Chelsea.

Mason’s current club Hull City made an official statement regarding this issue, quote:

“It is with deep regret that the Club has to announce that, following the head injury suffered on 22nd January 2017, Ryan Mason is to retire from football with immediate effect. The midfielder will bid farewell to the game having been kept out of action since last January”.

Former Tottenham Hotspur midfielder had been hoping to return to football and in recent months even made a return to the training ground, to work on his fitness. However, following advice from surgeons Ryan Mason has been advised not to play again. This news about Ryan Mason retirement in the middle of the season will affect Hull City chances to avoid relegation according to experts on sports betting and gambling from Casino Guru website. Odds on Hull City to get relegated went down from 6.00 at Paddy Power to 3.75, which is significant drop on the market.

The incident with Gary Cahill happened at Stamford Bridge in January 2017 and Mason has not played since that day when he sustained a fractured skull and requiring surgery. After that game, Mason spent a week in hospital following his operation, and then he said that he felt lucky to be alive after the incident. Ryan underwent surgery just 61 minutes after the incident, with neurosurgeons at St Mary’s Hospital in Paddington inserting 14 metal plates and 42 staples into his skull.

Ryan Mason joined Hull City in August 2016 having made 70 appearances for Tottenham Hotspur, where he had come through the youth system and won his only England cap against Italy in March 2015. In his statement, Mason revealed that he had no option but to retire. Quote:

“I can confirm that following specialist medical advice I am having to retire from playing professional football, I have worked tirelessly in order to be able to return to the pitch. Unfortunately, having taken the expert medical advice I now have no option but to retire due to the risks involved given the nature of my injury. Thank you to my amazing fiance, Rachel, who has been by my side and lived every single day with me since the injury, helping to give me the strength I’ve needed no matter how tough things got We are so lucky to have now become the proud parents of our perfect baby boy George.”

After he announced that he finished his playing career, Ryan Mason got a lot of emails, tweets, and comments via social networks. From Italy, where they played Champions League against Juventus, Tottenham manager Mauricio Pochettino said the “door is open” for Ryan Mason to return to Tottenham. Pochettino hinted that Mason could return to the club in some capacity and said the former England international, who made 70 appearances under the Argentine from September 2014, would be a success at whatever he decides to do next.

“For me, Ryan is a player that will always be special. And of course, the door is open to help him, from myself, us, the coaching staff. Because we love him, and we love Rachel [his girlfriend], George [his son] and all his family. Don’t worry Ryan, you’re going to be a successful person outside the pitch! No doubt about it.”

Spurs fans sang, “There’s only one Ryan Mason” during the 2-2 draw with Juventus in the Champions League round-of-16 first leg in Turin.