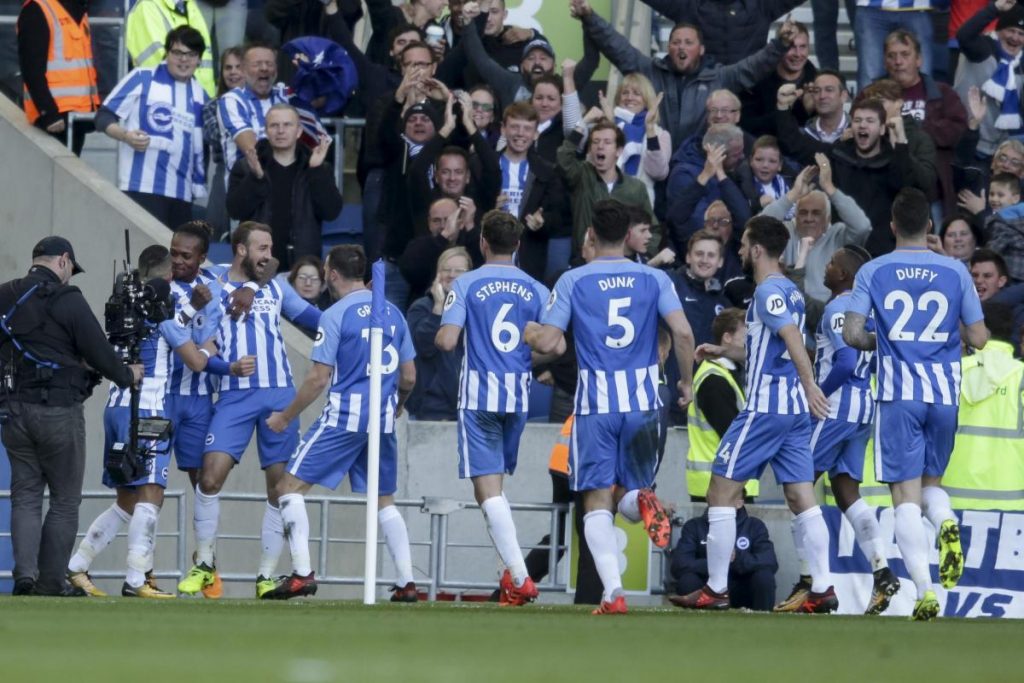 Predicted Brighton Lineup To Face Chelsea In The Premier League

Brighton go into their Saturday clash against Chelsea on the back of a poor showing in the 2-0 defeat at the Hawthorns to West Bromwich Albion and improvement is needed quickly. Unlike Stoke City, they are unlikely to field a weakened team against the Blues as the task ahead is herculean. They would go for three points, though that looks to be an ambitious target.

A point from this would be a huge one for Brighton but they cannot afford to be as open as they were in the home game here against Liverpool for example. Chris Hughton has no new injury worries for this one with his frequently used 4-4-1-1 formation seen once more, possibly featuring the following personnel:

Keeping Hughton’s old colleague Tim Krul out of the side, he is highly likely to start between the sticks once more.

Chris Hughton has other options here but the popular Spaniard retains his place for now.

An underrated player and a solid defender for Brighton. Should line up alongside his longtime partner, Dunk.

An outsider for the England squad, Dunk is part of a solid centre-back pairing that with a better attack ahead of them would not be out of place in the top half of the league.

Was involved in a race row last time out but should have a clear enough head to perform here against the reigning champions.

The Belgian has been ever so slightly found out by this division. Just 2 goals in 22 PL appearances is perhaps not what was expected this term.

One of the more underrated players in the top level, Stephens has real quality on the ball and will be the one who Brighton would rely on in order to pick Chelsea’s pocket.

Acts as a good foil for Stephens but has perhaps not hit the heights he did in the Netherlands to be fair.

Came on for Izquierdo last time out and may be entrusted with a start this time.

The German has hit 4 Premier League goals for the Seagulls this term and another one here could prove to be invaluable.

The experienced frontman is no Harry Kane but he gives Brighton what they need and is highly likely to start up front.