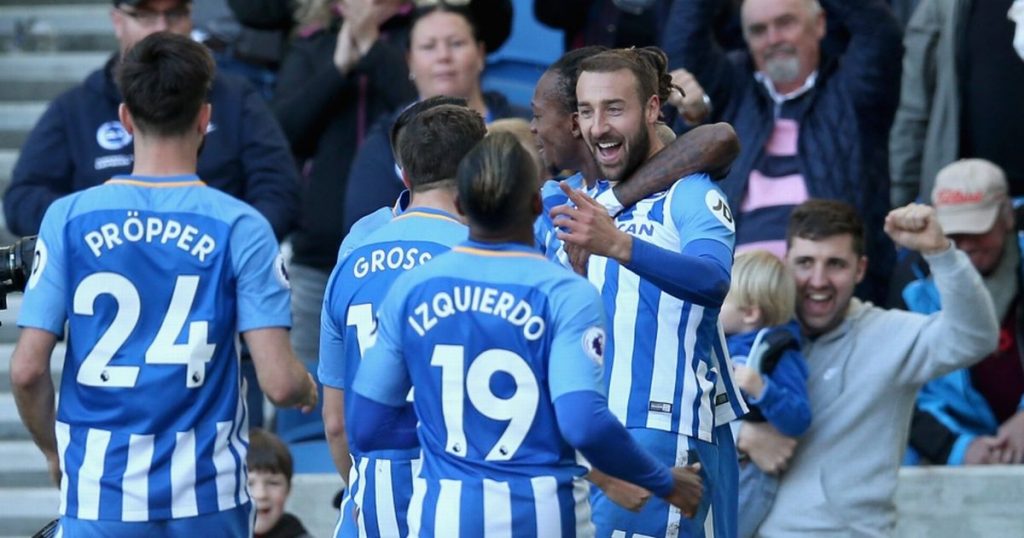 Brighton will be hoping to turn things around when they visit Turf Moor to face Burnley on Saturday. Chris Hughton’s side, who are two points behind 12th-placed Watford, enter the clash on the back of a 1-1 draw with Tottenham Hotspur.

The last time the two sides met, it ended goalless at the Amex stadium in December last year.

Ryan has proved to be a top signing for Brighton and he is expected to retain his spot.

A cult figure at Brighton, Bruno will be tasked with keeping the nippy Lennon at bay. The veteran right-back is a no-nonsense player and is usually good at creating chances.

A rock at the back, Duffy has been surprisingly good for the Seagulls this campaign. He is expected to start at Burnley.

Dunk has been a permanent fixture at the back for Brighton. He is likely to be deployed in his usual role this weekend.

Bong is an adventurous left-back and loves to maraud forward. He lacks defensive discipline at times but is always a good player to have on the team.

Kayal has blown hot and cold throughout the season. However, he adds a different thrust to the Seagulls midfield and his inclusion is a must if they are to beat Burnley.

Stephens is having a good season for Brighton in the middle of the park. Industrious, often calm and composed, he must start alongside Kayal in the midfield against the Clarets.

Knockaert possesses a lot of pace and trickery in his locker which always keeps the opposition defenders on their toes. Creative and incisive, the Frenchman should start this Saturday.

One of the signings of the season, Izquierdo has brought a touch of unpredictability to Brighton’s game. He is quick, agile, creative and is capable of scoring belters. The Colombian’s good run of form should see him start on Saturday.

Gross has proved to be a shrewd piece of signing for Brighton. The German often plays behind the striker and excels in his link-up play. The former Ingolstadt man is having a very good debut season in the Premier League.

Murray is playing with a different swagger and confidence this season. He is enjoying his best season in the Premier League, having netted 13 goals so far. The veteran striker is expected to hold on to his spot and lead the line against Burnley.