According to a report from the Examiner Live, Huddersfield Town are set to battle it out with Sheffield United for the signing of Everton’s Kieran Dowell in the summer.

The Toffees academy graduate spent the second half of the season on loan under Chris Wilder and was hugely impressive in his 16 appearances. Dowell made it to the bench on three occasions for Everton this season but failed to play a single minute in the Premier League.

However, the young attacking midfielder’s chances to succeed at Goodison Park is extremely limited, given the amount of young attacking talent that Everton boast of at the moment.

However, Dowell is a gifted playmaker, who has the potential to make a real name for himself in a top club in the coming years.

Dowell needs to move to a club where he will be guaranteed regular game time and Huddersfield Town is the perfect platform for him to showcase his talent.

The Terriers had a shocking campaign in the Premier League where they finished at the bottom. They won just three games all season and lost a staggering 28 times along the way, which is terrible for any club in any league in the world.

However, Jan Siewert’s appointment as the club’s new manager brought back some spark for Huddersfield in the latter stages of the season where despite the results not going their way, the performances drastically improved.

The club’s main aim in the upcoming season would be to make a swift return to the Premier League and to do that, they have to bolster their squad with young players who can add goals.

Huddersfield scored just 22 goals in the Premier League this season, which turned out to be their biggest downfall, and a lot of that has been down to the lack of creativity.

An able number 10 who can create as well as score will massively help them and Kieran Dowell would be a perfect fit.

The 21-year-old possesses brilliant technical ability and his vision is quite astute. Dowell has the ability to open up defences with his brilliant through balls and in front of the goal, he has shown immense composure to finish his chances.

Dowell still has a long way to go before he can be a real star in the league but Huddersfield is the perfect platform for him to develop and under a manager like Jan Siewert, he will do just that next season. 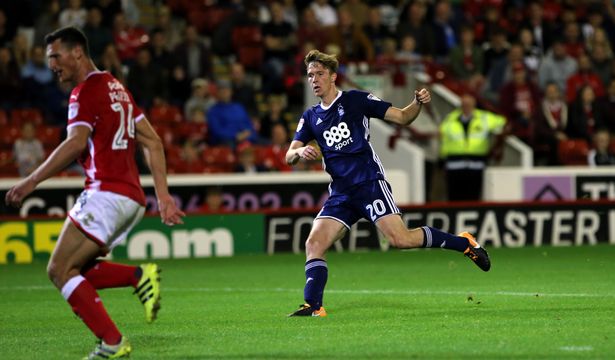 Signing Kieran Dowell would be a brilliant move by Huddersfield Town next season and his addition would solve a key issue.

The Terriers need goals to get back into the Premier League and with Dowell’s inclusion, they can hope to bounce right back to the top-flight.