Why signing Tom Lawrence would have boosted Huddersfield’s survival hopes

According to reports from Derbyshire Live, Derby County forward Tom Lawrence attracted some late interest from relegation-stricken Huddersfield Town, whose new manager Jan Siewert is a keen believer in the development of young players.

Since his recent takeover at the helm at the John Smith Stadium on the 21st of January, they have unfortunately suffered a further two defeats, which hasn’t helped their cause whatsoever.

While the 5-0 drubbing at Stamford Bridge at the hands of Chelsea was nothing unexpected, they would’ve hoped to at least take a point from the game when Everton visited. 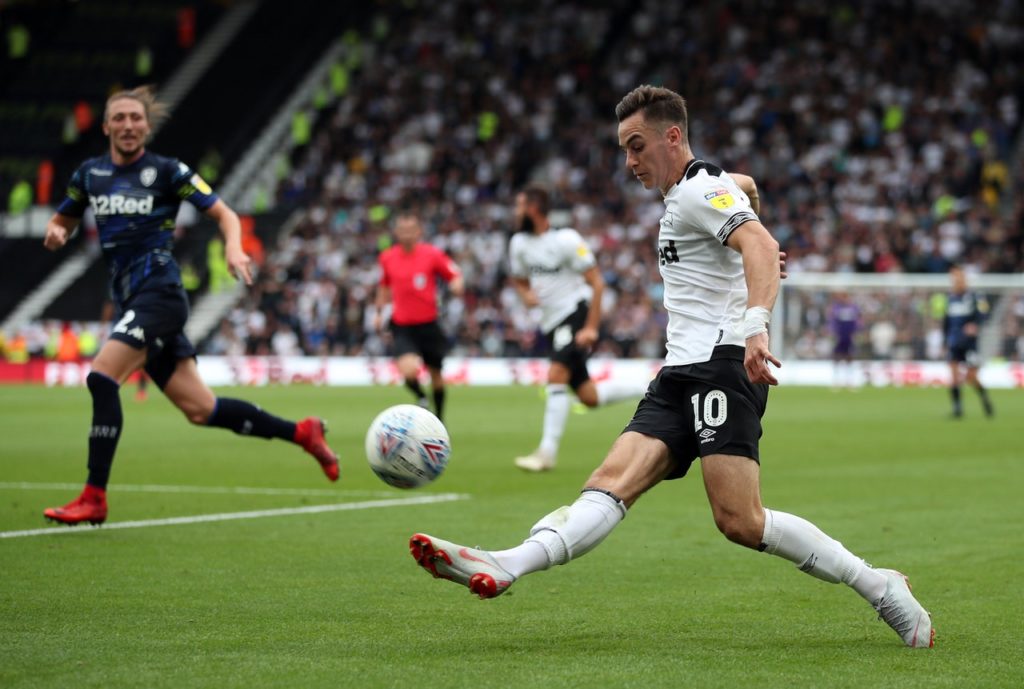 Even with the Toffees playing with 10 men for a third of the game, the third-minute goal from Richarlison was enough to seal the victory as there didn’t seem to be any attacking potency within what looks like a highly talented and imaginative Terriers side.

The likes of Aaron Mooy, Adama Diakhaby and Steve Mounie are all top quality players, who if given time and the right kind of training and motivation, can perform wonders for Siewert’s side.

While they haven’t been very good at any aspect of the game this season, the attack is what has let them down the most. Having scored just 13 goals in their 25 games so far, they have really struggled to make an impression on the Premier League supporters.

After a season where David Wagner was a Terriers hero, it took just a few months of abysmal performances for him to lose his job. There is an obvious lack of attacking quality and diving into the lower English divisions would’ve been the right solution.

As suggested by reports, after his arrival, Siewert made an approach to Derby County about the possibility of signing former Leicester City player Tom Lawrence.

The former Manchester United academy graduate has done well for Frank Lampard’s Derby side this season – a period during which he has represented them in 22 matches and even managed to notch up 4 goals. He is a speedy dribbler and is one of those players who just seems to be faster on the ball than off it. His excellent changes of direction and intelligence could’ve been perfect for the Premier League.

Read More: Jan Siewert would be wise to make his first move towards saving Huddersfield by signing this La Liga star

Having spent spells at United, Leicester, Cardiff and even Blackburn, Lawrence has the necessary Premier League experience as well to really make a name for himself at Huddersfield and given their current predicament, the Terriers could’ve really used Welshman’s signature.