According to a report in Scottish Sun, treble winners Celtic are in the race with Premier League winners Manchester City for £2.5m Ecuadorian wonderkid Jose Cifuentes.

Hoops boss Neil Lennon is keen on adding more quality to his squad, especially in the midfield department, and the 20-year-old is on his radar for a possible move. (h/t Scottish Sun)

However, he would face a tough competition as City are also interested in signing the player, before loaning him out to one of their sister clubs Girona. (h/t Scottish Sun) 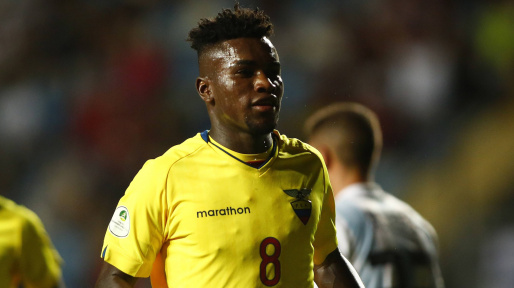 The defensive midfielder was one of the stars for Ecuador in the recently-concluded U-20 World Cup. His progress is also tracked by clubs in Germany and Italy. (h/t Scottish Sun)

Cifuentes currently plays his club football for CD America and his contract there expires in the month of November. Here’s why Celtic should beat Manchester City to sign him this summer:

Cifuentes could add a different dimension to the Hoops midfield

Jose Cifuentes is an out-and-out defensive midfielder who possesses enough qualities in his game to become one of the best in the business in few years’ time.

In terms of his attributes, the Ecuador U-20 international is very good at reading the game and snuffing out danger, can make accurate passes from deeper positions to start transitions, is good when physically challenged and has great dynamism to his game.

So, it won’t be an exaggeration to say that Cifuentes would add an extra dimension to Celtic’s midfield, should they manage to sign him before Manchester City do.

The Hoops’ Champions League campaign starts off the qualifiers and they must be aiming to do better than last year. Having the Ecuadorian youngster in their squad would mean an extra bit of quality in defensive midfield, which is key in European games.

All in all, we can conclude by saying that Celtic would get better by having Jose Cifuentes in their squad this summer.