According to a report in Daily Record, Scottish treble winners Celtic are linked with a move for Deportivo Alaves winger Patrick Twumasi during this transfer window.

The Hoops know all too well about the player when he scored a brace against them for Astana in a Champions League qualifier two years back.

The 25-year-old moved to Alaves last summer but hasn’t been able to hit the ground running. He only made 11 La Liga appearances last season and did not contribute in terms of goals or assists.

As per the report, Danish side FC Copenhagen are also interested in making a move for the Ghana international (h/t Daily Record). However, Celtic are touted to make an offer sooner rather than later. The Scottish champions were in for him two years back as well. (h/t Daily Record)

Here’s why Neil Lennon’s men would be right in signing Twumasi now:

Hoops could do with quality in wide areas

Patrick Twumasi is a versatile attacker who can play on either wing or as a central striker if needed. Despite him not able to hit the ground running in Spain, his quality is still up there to make a difference elsewhere. 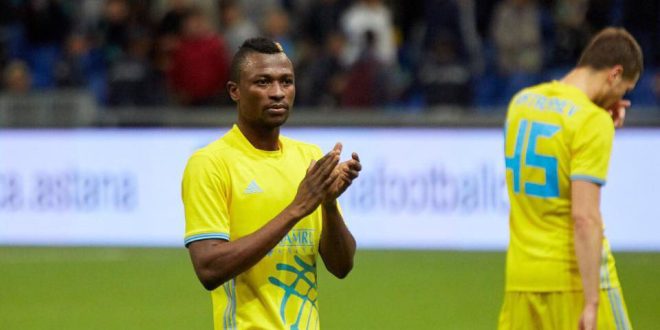 In terms of his attributes, the 25-year-old possesses great pace to trouble defenders, has good dribbling skills to go past people and create space in the final third for himself, is physically strong on the ball and doesn’t shy away from having a pop at goal if given an opportunity.

Before his arrival at Alaves, he was one of the stars for Astana and delivered the goods on a regular basis.

Celtic, who could do with a quality winger, especially on the left-hand side, should see the Ghana international and make a move for him this summer.

Having already suffered against him two years back, the Hoops may have an idea on how the winger goes about his work in the final third. Manager Neil Lennon can play him on the left wing or as a false nine if required.

All in all, Celtic making a move for Twumasi would only enhance the quality of their squad. Their European campaigns may get better with his addition.