According to a report in Scotsman back in December, Scottish champions Celtic had been keeping a close eye on Mexican defender Edson Alvarez for a possible move during the January transfer window.

However, the Hoops didn’t manage to complete the move and here we are in the summer, in a situation where the club must buy a new central defender ahead of next season. 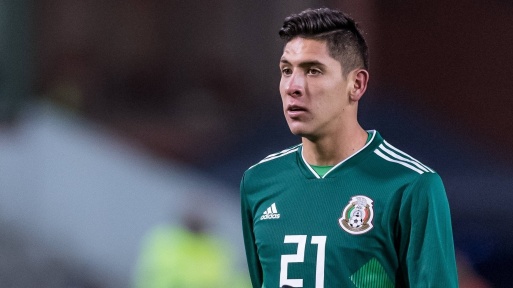 This is chiefly due to the fact that Dedryck Boyata has left Parkhead, while Filip Benkovic has gone back to his parent club Leicester City after a season-long loan stay.

As of now, Neil Lennon has Jozo Simunovic and Kristoffer Ajer as his first-choice centre-back options with no real backup. Even the first-choice pair isn’t experienced enough and would need support.

Below, we will emphasize on the quality of Alvarez and conclude why he should be brought back into the transfer plans of Celtic this summer:

Alvarez’s versatility and quality should help

Predominantly a central defender who can play on either side, Edson Alvarez can operate as a right-back and also as a defensive midfielder if required. So, along with his quality, the Mexican’s flexibility is a plus to his overall game and impact in a team.

The 21-year-old is still young to the team game but has a cool head that allows him to read the circumstances well. For that reason, he is a good defender and does like a physical battle or two with the centre-forwards.

Furthermore, the youngster is good at passing the ball from the back, has good pace to make forward runs while playing as a right-back or recover in counter-attacking situations.

So, overall, it has to be said that Celtic should reignite their interest in Edson Alvarez and sign him this summer. He could add an extra dimension to their game at the back.