According to a report in Football Scotland, treble winners Celtic have been linked with a move for Ecuador U-20 international Sergio Quintero for a possible move during this transfer window.

The 20-year-old defensive midfielder, who is currently one of the stars for his U-20 national team in the World Cup in Poland, plies his trade for Ecuadorian Serie A side Imbabura SC.

Quintero is one of the emerging talents from the South American shores to have attracted interest from a club in Europe. Here’s why Celtic should complete a move for him this summer:

Hoops could do with a backup for Brown

Under Neil Lennon, Celtic generally play with a double-pivot midfield in a 4-2-3-1 formation. This is exactly how the Ecuadorian U-20 team have been going about their business while playing in the U-20 World Cup. 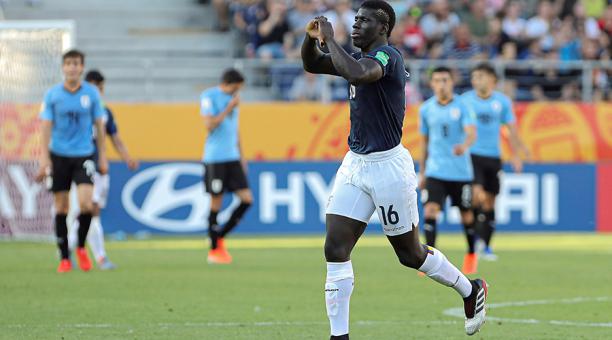 Hence, in a way, Sergio Quintero, a defensive midfielder by trade, knows how to function in a system which is quite similar to what he is been playing in for the national team.

Thus, in spite of other nuances, the basic knowledge of playing in a particular system wouldn’t be strayed for the 20-year-old, which would also help Lennon, provided Celtic make a move for the former.

On the other hand, despite having good options in those central midfield positions, it is vital for the Hoops to channelise their squad for the challenges ahead.

While their record in domestic competitions has been great, they haven’t really laid a glove when it comes to taking European games by the scruff of the neck.

Therefore, signing Sergio Quintero wouldn’t be a bad idea, especially when we look at Scott Brown, who is closer than ever to the twilight of his career.

From a general perspective, it is clear to see why Celtic are linked with the Ecuadorian prodigy. Now, they must complete the move in order to refine their squad with a bold midfield player.