From David Beckham’s Mohawk hair style to Marouane Fellaini’s silver afro we have seen some wonderful and weird hairdo’s from footballers.

However, there has been two recent additions to the club of the worst hairdo’s ever. Earlier this week Liverpool youngster Raheem Sterling portrayed a new hair cut during the club’s pre-season friendly against Preston.

If that appears to be worse, catch hold of Giovanni Simeone, son of Atletico Madrid manager Diego Simeone and River Plate’s rising youngster. 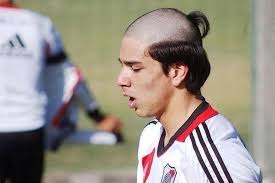