Arsenal took on BATE Borisov in the second leg of the Europa League’s round of 32 and came out as 3-0 winners. The Gunners started the game with a one-goal deficit after a shock defeat in Belarus. Mesut Ozil returned to the starting eleven and Nacho Monreal was preferred at left-back ahead of Sead Kolasinac.

The hosts started the game brilliantly with Alex Iwobi getting a shot on target in the first 90 seconds after some nice build-up play on the right-hand side.

Unai Emery’s side took the lead in the 4th minute after Pierre-Emerick Aubameyang’s cross from the right flank was poorly dealt with by Zakhar Volkov, whose touch put the ball in the back of the net.

BATE Borisov narrowly missed an immediate comeback after Stasevich’s shot was cleared off the line by Stephan Lichtsteiner. Arsenal dominated the possession as expected but missed the final ball on multiple occasions. 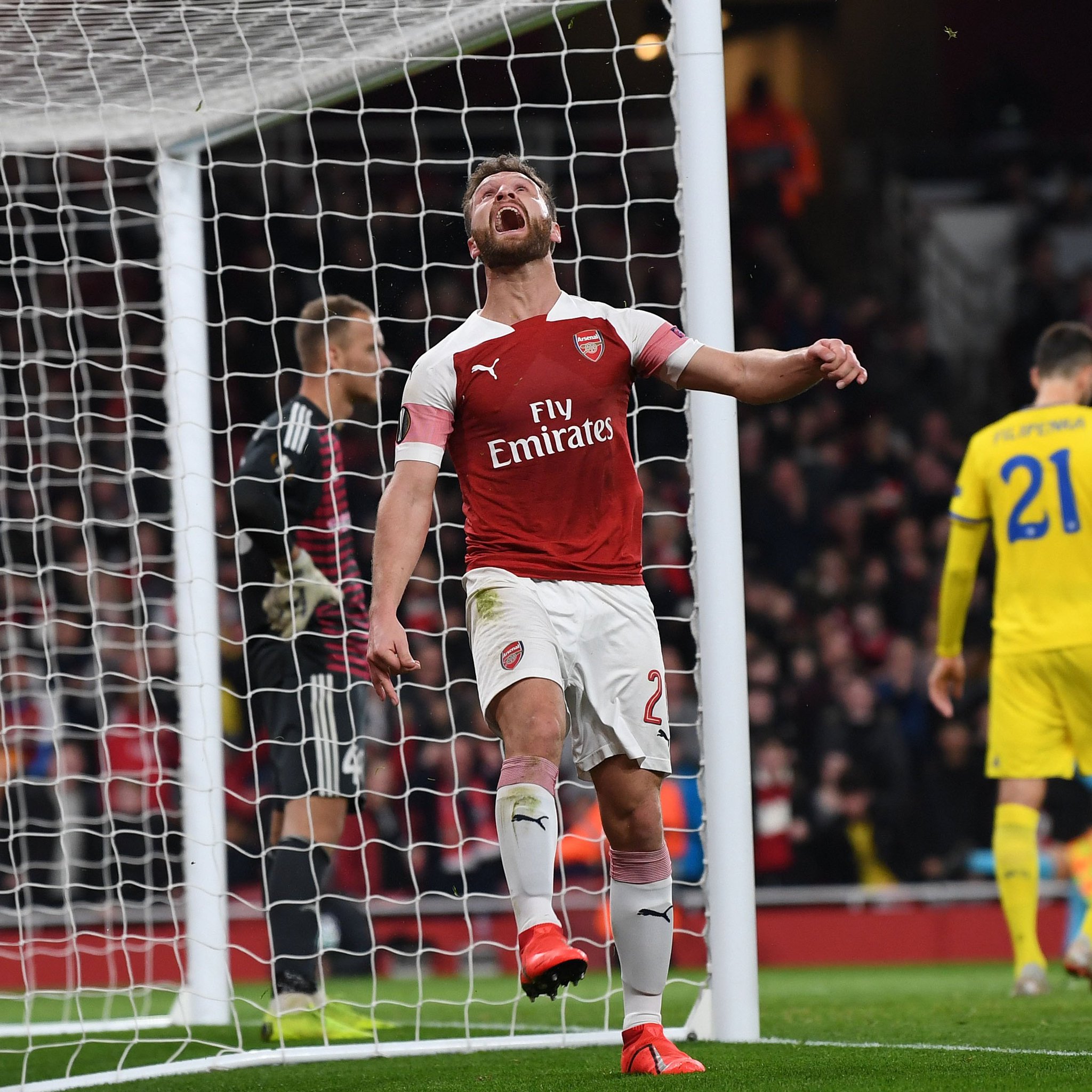 However, Shkodran Mustafi doubled Arsenal’s lead on the night after heading home Granit Xhaka’s corner in the 39th minute.

The Gunners had 13 shots on goal in the first half as they went in with a 2-1 lead on aggregate.

Arsenal started off the second half like they ended the first, with complete control of possession. The first chance of the half though fell to BATE in the 49th minute as Arsenal struggled to clear the ball, which led to a shot on goal that was smartly saved by Petr Cech.

At the other end, Alex Iwobi drove into the opposition half before cutting in to have a shot on goal that forced a save. Skipper Laurent Koscielny hobbled off the pitch due to what seemed like a calf problem in the 56th minute. 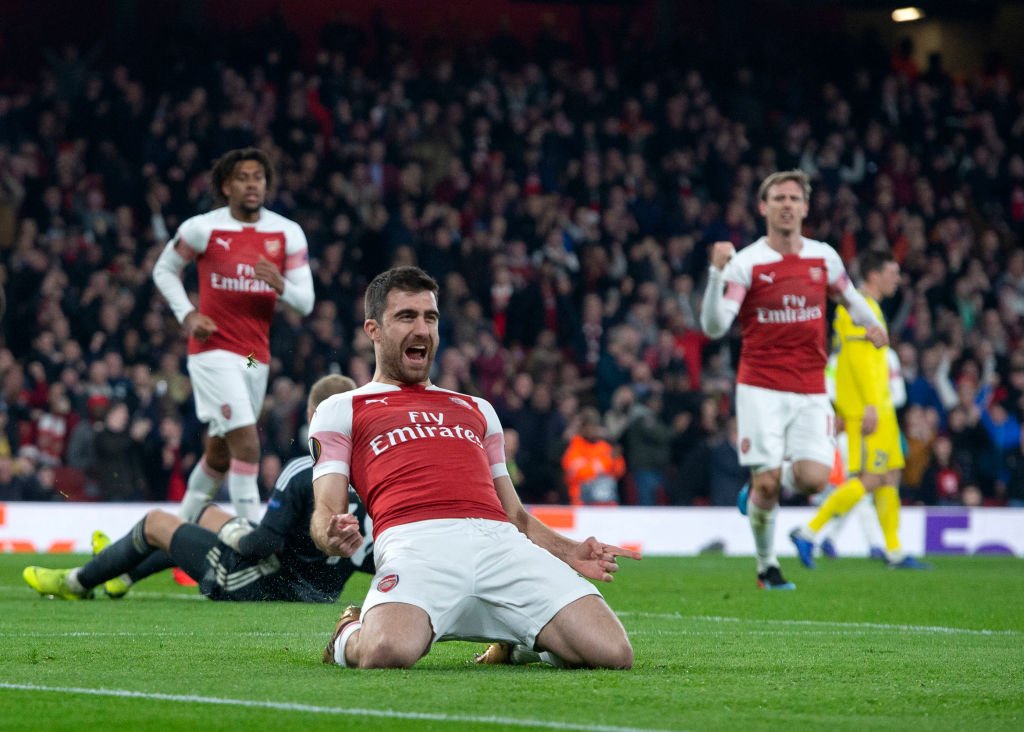 Sokratis Papastathopoulos replaced the skipper and the captain’s armband was handed over to Mesut Ozil. Ex-Gunner Alex Hleb came on for the visitors in the 68th minute, replacing Baga.

After just 226 seconds on the pitch, Sokratis headed home Arsenal’s third from another Granit Xhaka corner. Unai Emery brought on Lucas Torreira in the 63rd minute in an attempt to shut up shop and Denis Suarez came on for his first European game in an Arsenal shirt in place of Henrikh Mkhitaryan.

Arsenal’s game management came into play as they held onto the ball effortlessly in the last quarter of the game. The Gunners attempted 22 shots in total with 68% possession as they progressed to the last 16 of the competition after a comfortable 3-0 win at the Emirates.

Here’s how some thrilled Arsenal fans reacted to their side’s comfortable victory:

Licht saves the day! Great goals from Musti and Sokratis! Cheers our defenders! 😃

#Bate are just Belarusian farmers, beating us was a mistake in the first place, however the last 16 is where real business begins and #Arsenal has to pull up their socks and try to beat top teams to stand a chance of wining at least a european trophy.

Is he frustrating sometimes? Yes, but Ozil just keeps play and possession moving with intelligence. Possession that then allows for a greater chance of brilliance. He’s essential for us right now, imo. #afc