Two players Derby County can loan out in the January window

Derby County have made a decent start to their life under Chelsea legend Frank Lampard, placed 6th in the table with 28 points, just five behind leaders Norwich City. Their EFL Cup run was sensational until it was thrillingly stopped by Maurizio Sarri’s Chelsea.

The Rams defeated the mighty Manchester United at Old Trafford in that run, to signal their positive progress under Lampard.

The good thing about this team is the brand of football they are playing. They have players who are bold on the ball, can create a number of chances and score goals in good numbers.

Derby are currently in the top six, meaning they will have a shot at Premier League promotion if they keep their form up and stay glued to this tough race. 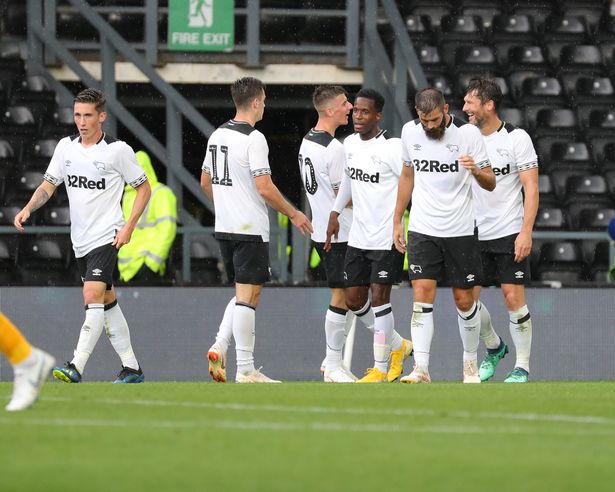 However, there are a few players who are not able to break into the first eleven, partly because the first-choice line-up is doing well.

Here is the list of two players who can be offloaded on a temporary basis in the winter window, just to get regular playing minutes elsewhere:

The midfielder has made just four appearances this season, and when everyone is fit in the team, he isn’t the first choice for the manager. Tom Huddlestone is doing well as a holding midfielder, while Harry Wilson and Mason Mount are on a different level as attacking number eights.

Hence, the club should offload him in January so that he plays games on a regular basis. It will be a suitable move for both parties given how the manager has chosen his line-ups for the league games.

The former Hull City centre-back has made only three league appearances for the club this season. From what we have witnessed so far, Lampard seems to like the pair of Richard Keogh and Fikayo Tomori in central defence, and the duo hasn’t disappointed the gaffer.

As a result, Davies has not been able to break into the starting line-up. He is 33 and still has two to three years left in his footballing career, therefore, he should move away from Pride Park, at least on a temporary basis.

Read More: Who is this 23-year-old former pizza delivery boy on the radars of Premier League clubs? All you need to know

The Englishman is a quality centre-back who will strengthen any defence in the Championship. Derby have Alex Pearce and Andre Wisdom to cover for the loss of their first-choice pairing.