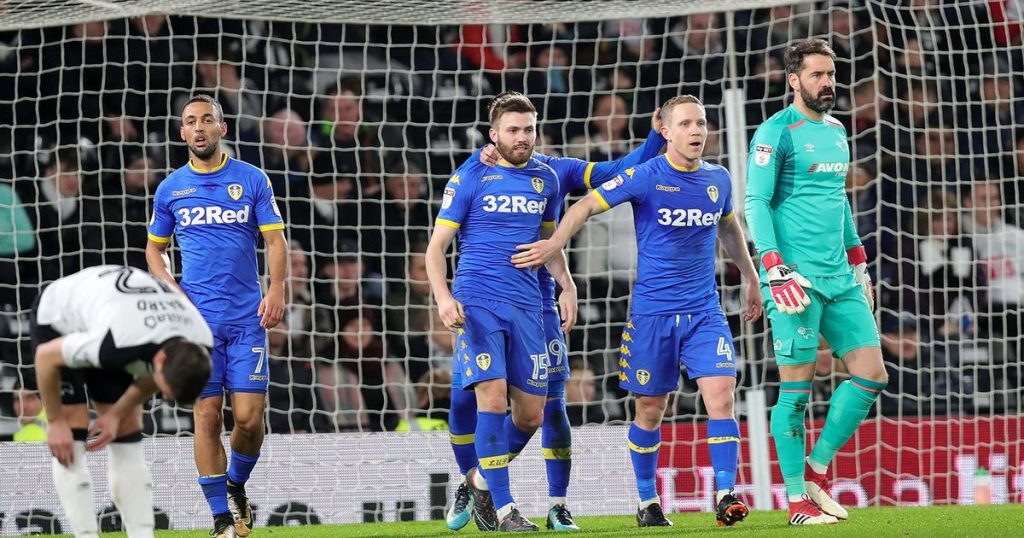 Leeds United’s search for their first win under new manager Paul Heckingbottom will continue when they face off against Brentford at the Elland Road on Saturday.

Heckingbottom, since taking over from Thomas Christiansen in the first week of February, has led the club to one defeat and two draws, with their latest game ending in a 2-2 draw against Derby County in the midweek. Following that result, Leeds continue to stay in 11th position in the table and the manager will be hoping to spark a turnaround with a win over the Bees at home.

Spanish playmaker Pablo Hernandez is a major doubt for the game after being taken off injured in the midweek game against Derby. Luke Ayling and Tyler Roberts are the other two confirmed absentees for the Whites.

The German has looked a little unconvincing in the past couple of games but it is likely that Heckingbottom will keep faith in him and hand him a start on Saturday.

The Swiss full-back did not have that good an outing at the Pride Park and will be keen on bouncing back against the Bees.

The Swede was an absolute stalwart at the back against Derby and his manager will be hoping for more of the same from him this weekend.

The defender did not start in the midweek game but after captain Liam Cooper’s poor display, he could be in for a recall.

After Laurens De Bock’s disappointing outing in the midweek, it wouldn’t be a surprise to see utility man Vurnon Anita replace him at left-back.

The January arrival, in his short tenure with Leeds, is growing into an important cog in the wheel for Heckingbottom’s side and should start on Saturday.

The young Englishman impressed after coming on from the bench against Derby and should start on Saturday in the middle, alongside Forshaw.

The Irishman has grown in prominence since Heckingbottom took over and he should once again feature from the kick-off, on the right flank.

The Spaniard’s quality was visible when he came on as a sub against the Rams and turned things around. A definite starter against Brentford.

The Macedonian scored Leeds’ second goal against Derby, which will have done his confidence a world of good. With Hernandez a doubt, he should start on the left-hand side.

The German forward has definitely got his eye in again, having scored in his last three outings for the Whites. A definite starter at the tip of the attack.